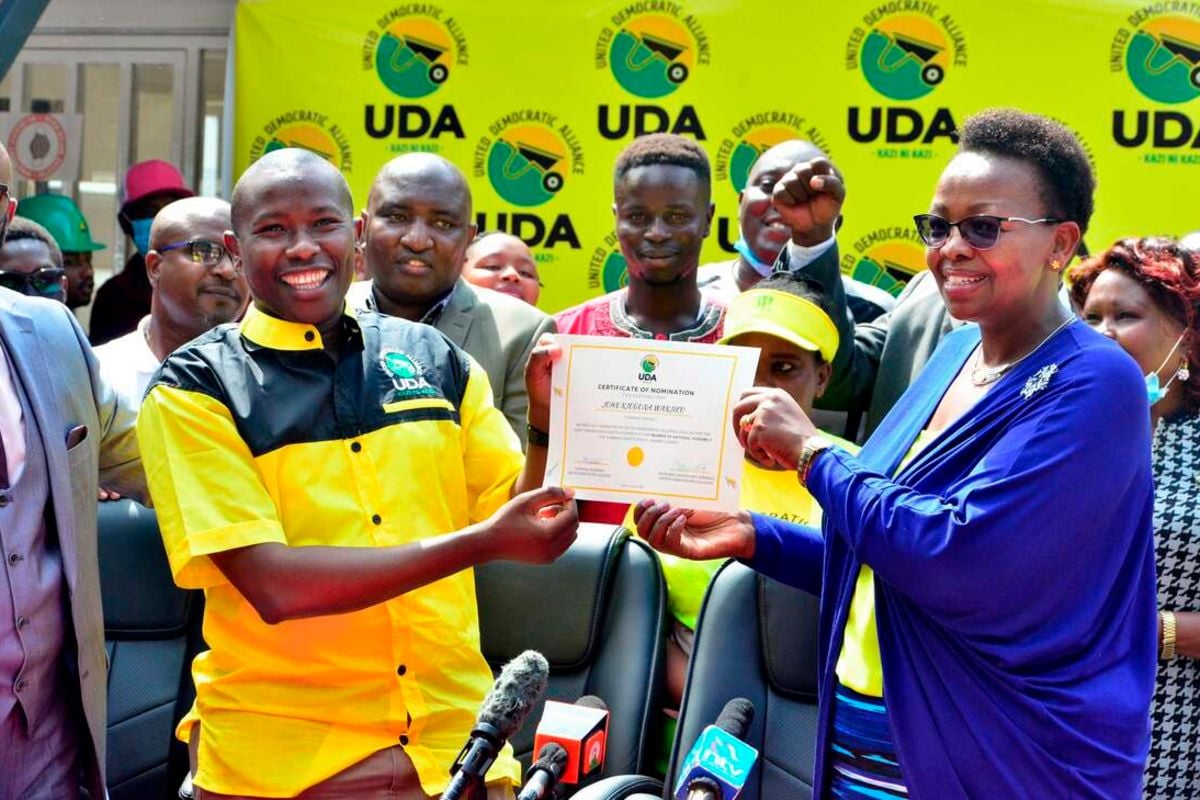 A war of words broke out in Deputy President William Ruto’s camp, where rival factions clashed over the hustler slogan ahead of a showdown with Jubilee in the Kiambaa parliamentary by-election.

Both the Dr Ruto-linked United Democratic Alliance (UDA) and President Uhuru Kenyatta’s Jubilee sought to quell divisions within their respective camps as they gear up for the first parliamentary contest in the Head of State’s county.

Although the rival factions in Jubilee clashed in the recent Juja Constituency by-election in Kiambu — where the People’s Empowerment Party (PEP) associated with Gatundu South MP Moses Kuria, with backing from the DP’s camp, upstaged the ruling party — in Kiambaa, UDA has fielded a candidate, setting up the first direct contest with the President’s side in the region.

Yesterday, UDA welcomed PEP’s withdrawal from the race to back its candidate, but what stood out in the statement was a rebuttal of suggestions made by Mr Kuria that UDA was a party largely driven by MPs.

“It will be recalled UDA supported PEP in the recent successful Juja parliamentary by-election and it’s on this gesture that they have withdrawn their candidate in Kiambaa,” UDA Secretary-General Veronica Maina said, referring to the development to avert a divisive contest that was already shaping up after some MPs allied to the DP disowned the PEP candidate.

“This will give the Hustler Nation an opportunity to focus on the campaigns without unnecessary division and negative energy. We, however, wish to state categorically that UDA is neither Hon Johnston Muthama’s party nor is it managed by sitting MPs,” Ms Maina said.

She went on: “On the contrary, UDA is the Hustler’s party. The ongoing registration of members is a case in point —  mama mbogas, hawkers, saloonists, barbers, watchmen, waiters, cleaners, boda boda and mikokoteni riders, farmers, kiosk and shop owners, matatu drivers and conductors, among other sections of society, have joined the party in their hundreds of thousands.”

Jubilee was also working overdrive to stem a fallout from nomination of candidates for Kiambaa constituency and Muguga Ward by elections slated for July 15.