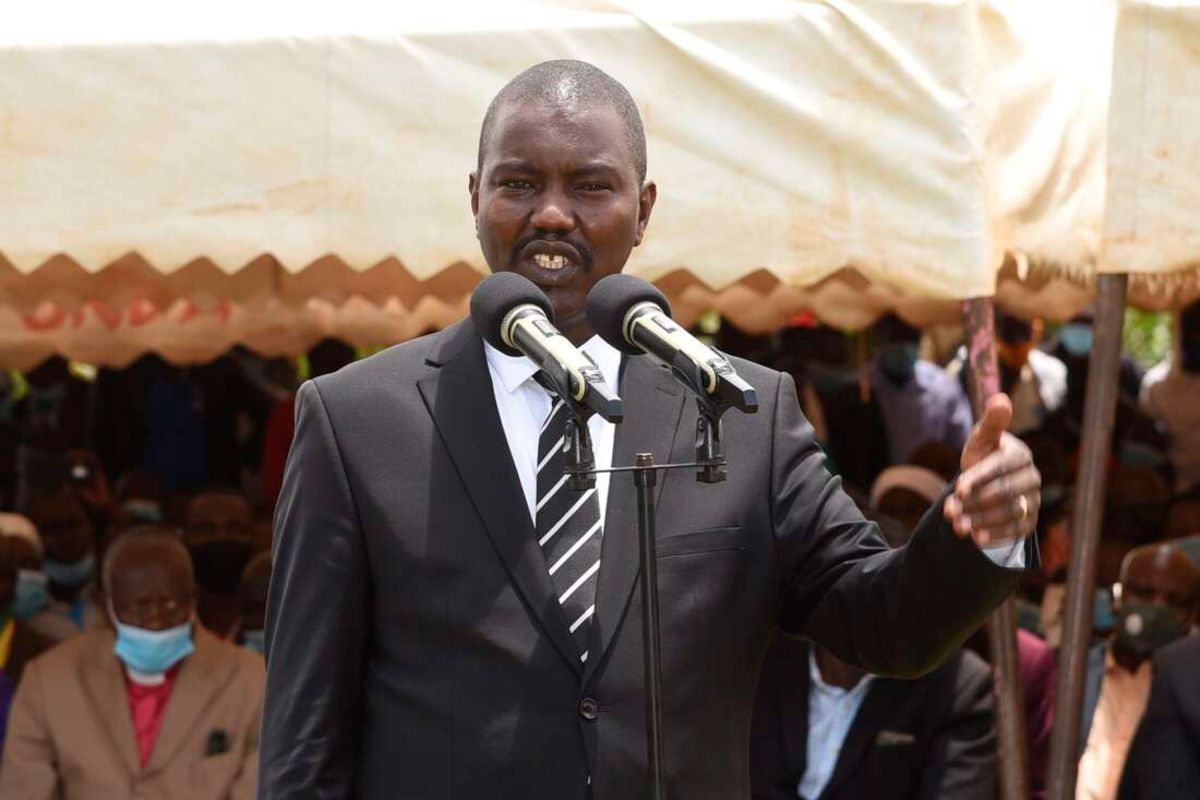 A storm is brewing in Deputy President William Ruto’s camp over a push for second-term governors set to retire next year not to seek other elective seats, but rather, lead the DP’s national campaigns for the August 2022 presidential race.

Although the DP does not command support from county bosses like his political foe, Orange Democratic Movement (ODM) leader Raila Odinga, who has more than 25 in his corner, MPs backing him want governors who are set to leave office next year to shelve their political ambitions.

Some of the second-term governors in Dr Ruto’s camp are Jackson Mandago (Uasin Gishu), Josphat Nanok (Turkana), Salim Mvurya (Kwale), Paul Chepkwony (Kericho) and Okoth Obado (Migori). Samburu’s Moses Lenolkulal and Samuel Tunai of Narok, who had been seen with the DP before, have been silent on their stands lately.

Even though the majority of governors in Dr Ruto’s camp are yet to make known their political ambitions, Mr Mandago has already thrown his hat in the ring for the county senator’s seat.

Mr Nanok leads the DP’s ‘Hustler Nation’ blue print forums, while Mr Mvurya is seen as a key plank in the DP’s forays at the Coast. Prof Chepkwony is rumoured to be eyeing the senate seat, but has not confirmed it.

Mr Mandago has been crisscrossing the county, popularising his senatorial quest, which has landed him in hot water with Dr Ruto’s lieutenants.

“I’ve been seeing many candidates traversing the county, popularising their candidature for different elective seats in the 2022 General Election. Kindly preserve the senate seat for me,” Mr Mandago said while declaring that he will run.

But according to Kapseret MP Oscar Sudi, a close confidant of Dr Ruto, the county bosses who believe in the DP’s presidential quest, such as Mr Mandago, will be doing a lot of injustice to him by pushing their personal interests at the expense of “bigger ambition”.

Mr Sudi said governors who are set to retire should be in Dr Ruto’s campaign team and in the event that the DP is elected president next year, they will be appointed Cabinet secretaries.

“Someone like Mandago has served for 10 years as a governor and now he should be thinking of climbing the ladder to be a national figure and not coming back to county politics when he retires next year,” Mr Sudi said at Segero in Soy Constituency yesterday.

He argued: “If Mandago is going for Senate, then who will help Ruto to hunt for votes in Eastern, Central, Western and other places? We cannot allow such to take place because when he helps Ruto, he will be Agriculture Cabinet Secretary automatically.”

Kimilili MP Didmus Barasa agreed that after a governor had served for 10 years, there is nothing much he can do for his residents by moving to another county position.

And even though the idea of having Tangatanga governors who have served their second term not vie for any seat is not a unanimous decision in the Ruto’s camp, it would be prudent for them to join the country’s second-in-command in his vote-hunting mission, he added.

“William Ruto cannot move across the country alone, retiring governors should support William, even with resources. It is not about personal interests but it is about advancing the interests of the people,” said the Kimilili MP.

The Tangatanga MPs want their governors to emulate their counterparts in Mr Odinga’s camp, who have gone full-throttle campaigning for the former Prime Minister.

For instance, Kakamega Governor Wycliffe Oparanya and his Mombasa counterpart Hassan Joho, both deputy party leaders of ODM, have shelved their presidential ambitions to rally behind Mr Odinga, who is expected to declare that he will run for the presidency next week.

“I had declared that I would want to make my first stab at the presidency come 2022 because all these years, I have been in politics, I have got enough experience, but I have seen my father Raila is there, I respect him and when he said he wanted it, I accepted and I will rally behind him,” Mr Oparanya explained recently.

“We have seen governors like Joho, Oparanya and the rest in ODM are campaigning for Raila in reciprocation for appointments. Therefore, it is not an offence if those on our side also contemplate the same,” said Turkana North MP Christopher Nakuleu.

Leave it to voters

But in a quick rejoinder, Mr Mandago has dismissed the calls to step down, saying that the decision should be left to the electorate.

A furious Mr Mandago said he will deal with individuals in DP Ruto’s camp who are out to dictate to others.

“Everybody has a right to vie for any seat in this country … I know where all these are being planned, I will deal with them with the same magnitude I dealt with them in 2017,” said Mr Mandago.

Murang’a Senator Irungu Kang’ata sided with Mr Mandago, saying that the ‘Hustler’ team does not subscribe to coercion and intimidation, noting that people should be left to make personal decisions on their next political move.

“On what seat one will vie is a very personal decision. United Democratic Alliance (UDA) has left it to individuals to make the correct determination without influence and coercion,” Mr Kang’ata told the Nation.

Elgeyo Marakwet Governor Alex Tolgos, who has broken ranks with fellow politicians in the Kalenjin-speaking counties to support Mr Odinga, accused the country’s second-in-command of displaying dictatorial tendencies, making him unfit to be a team leader.

“Ruto is using his (MPs) to intimidate governors … why work with a person who doesn’t want you to grow, he only wants himself to climb the ladder,” Mr Tolgos said Monday.

“The problem is that the DP does not want to accommodate other people’s ideas, he always wants to push his own ideas down people’s throat,” he added.