Ruto: OKA leaders out to protect their wealth, not to serve 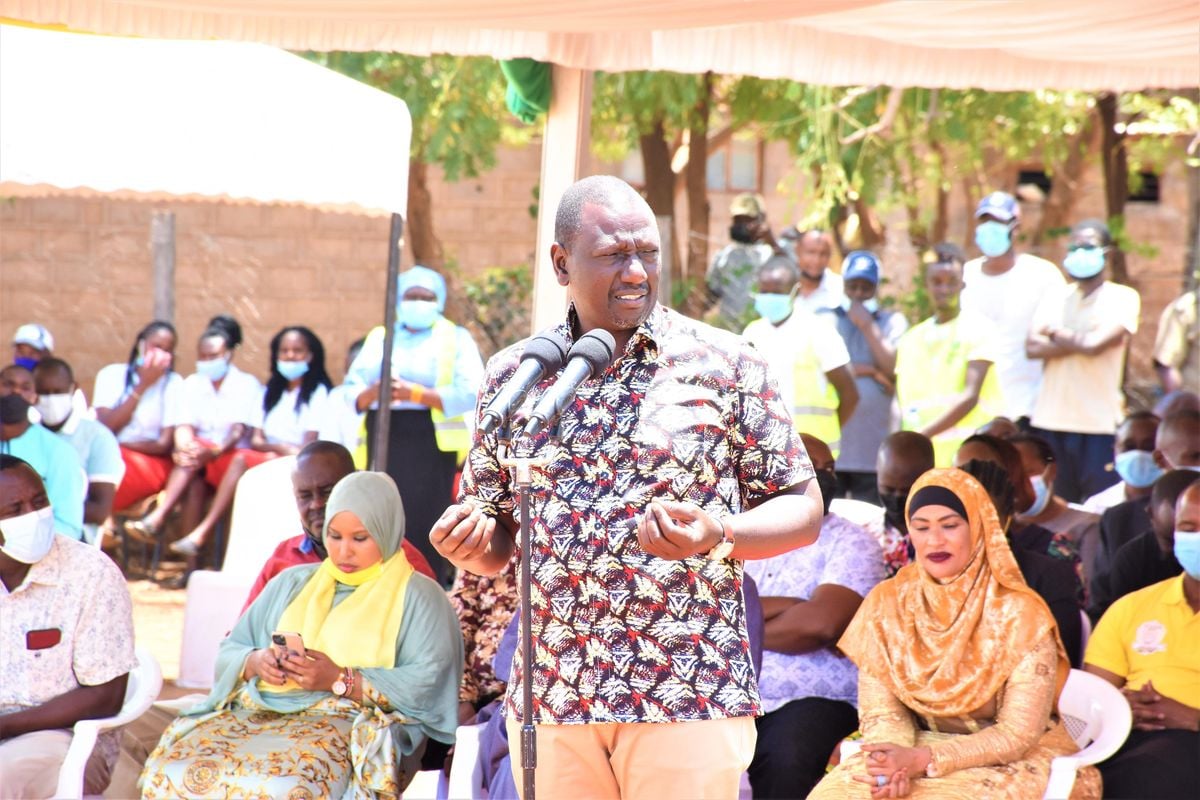 Deputy President William Ruto took his campaign to Isiolo town Sunday, where he claimed One Kenya Alliance (OKA) leaders are out to grab power to protect their wealth.

He alleged that Musalia Mudavadi (Amani National Congress), Kalonzo Musyoka (Wiper), Gideon Moi (Kanu) and Moses Wetang’ula of Ford-Kenya have simply ganged up against him instead of selling their policies to Kenyans.

“Let them know that while they plan to safeguard their wealth in top hotels, ordinary Kenyans are looking for a leader to give them jobs and create wealth for everyone,” Dr Ruto said in an apparent reference to last week’s meeting between the OKA leaders and the Mt Kenya Foundation.

He said OKA leaders and Orange Democratic Movement (ODM) boss Raila Odinga were out to create positions for themselves, adding that his government would lift unemployed youths and small-scale traders through the bottom-up economic model.

“As much as we have constructed railways, tarmacked roads and connected homes to power, there is some work yet to be done by creating jobs for the youth,” Dr Ruto said.

The DP said his government would create a favourable business environment and formulate laws and policies to protect traders from exploitation by middlemen.

“Those who wanted to amend the constitution and proponents of BBI (Building Bridges Initiative) and reggae should know that Kenya no longer has fools (Watajua wajinga waliisha Kenya),” Dr Ruto told his supporters.

He listed the Isiolo sewerage system, tarmacked roads within the municipality and connection to power for 25,000 households, up from 6,000 in 2013, among the achievements by the Jubilee administration.

“The Isiolo-Kiutine-Kinna-Garbatulla road will be completed soon and we will also launch the construction of the Garbatulla-Modogashe-Mandera road, which will open up the northern Kenya to a lot of opportunities,” the DP said.

He said the World Bank had provided Sh100 billion for road, water and power projects in the region.

Dr Ruto is hoping to make inroads in the region whose local leaders have snubbed his past meetings. They support President Uhuru Kenyatta and Mr Odinga.

As was the case in his last meeting in Isiolo in February, Governor Mohamed Kuti, Senator Fatuma Dullo and MPs Hassan Odha and Abdi Koropu of Isiolo North and South snubbed his meeting. MCAs also stayed away.

Mr Odinga is expected to visit the region next week.

“When they come, welcome them but ask them why they were propagating BBI which was not beneficial to all,” said Nyali MP Mohammed Ali.

“They are coming because elections are near. We will welcome them but we will not vote for them,” Ms Jaldesa said at St Eusebius Catholic Church Cathedral where Dr Ruto attended a service.

While saying that the church should not be turned into a political arena, the DP asked the clergy to tolerate leaders who only started going to church recently.

“Those who never used to attend church services, but started recently, should be allowed as they could find salvation and it is still part of evangelism,” he said.

Mr Ali said the country cannot be led by a few rich people.

“You were promised Canaan. Where is it?” Mr Ali posed to congregants in the church.