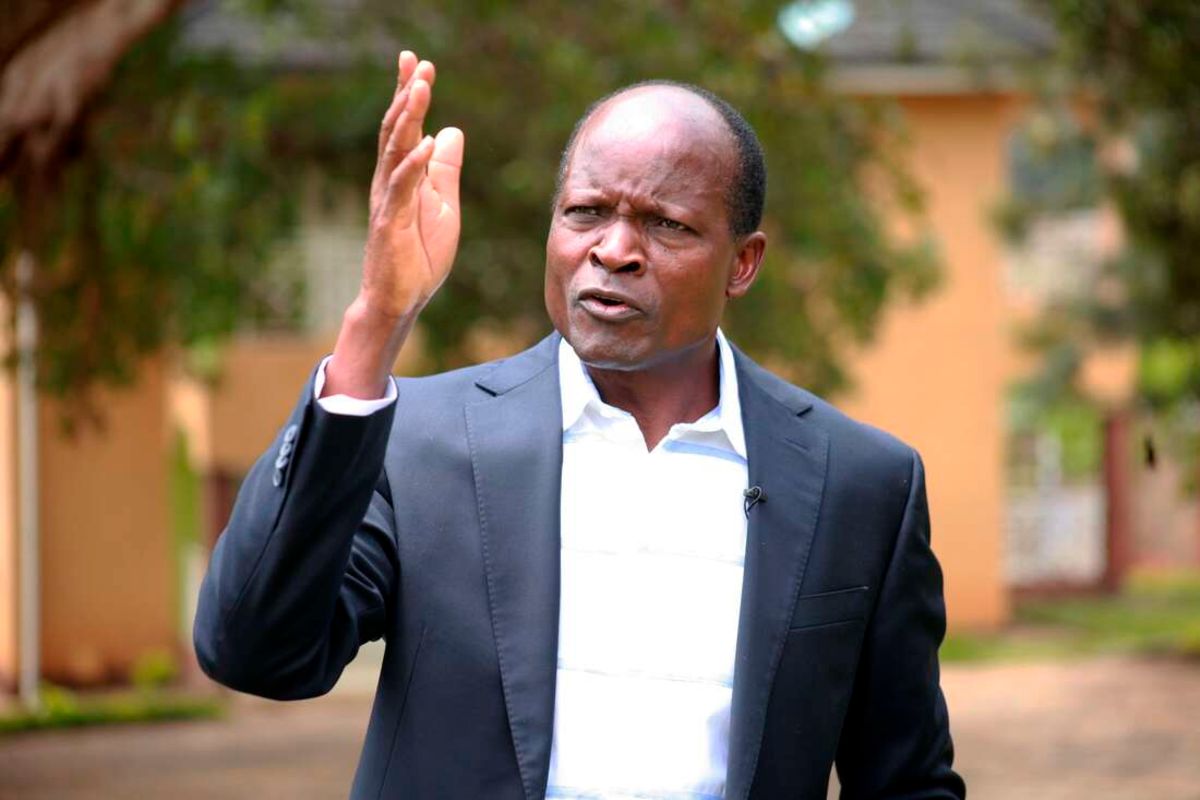 Migori Governor Okoth Obado has censured ODM MPs over what he termed as arbitrary approval of the Finance Bill 2018 which introduced eight per cent tax on petroleum products that had now come to haunt Kenyans over the increased fuel prices.

Mr Obado said it was wrong for the opposition legislators to join their Jubilee counterparts in approving the Bill since it would automatically lead to adverse effects on Kenyans.

The governor observed that the ODM legislators, particularly those from Nyanza region, were only shedding crocodile tears and must be ready to pay the price for their actions in next year’s election.

“They supported this Bill after being whipped without reasoning and interrogating it and what the voters should do is to vote them out in the elections next year for failing to champion for their rights,” Mr Obado told Nation.Africa on Friday.

He lamented that ODM MPs from Nyanza region “do not use their independent minds and were simply taking orders without questioning.”

“They just follow orders even if they are going to drown their people, they don’t care. It is high time they were called out,” added Mr Obado.

He criticised MPs from Luo Nyanza, insisting the current crop of leaders were a disappointment to the community.

“This new breed of Luo MPs are far much different from the leaders we used to have in this region (Nyanza). It’s unfortunate that they were herded like cows to support this bill but were now shedding crocodile tears for sympathy,” added the Migori Governor.

He maintained that MPs must come out of their comfort zones and lamentations and go back to Parliament to “clean their mess.”

“The energy sector plays a very critical role in the socio-economic development of any nation and any legislation likely to affect it must be treated with utmost concern and not the way these MPs did it three years ago,” Mr Obado said.

He pointed out that energy matters were crucial for a country’s manufacturing sector that needs to be addressed urgently.

The Governor spoke as five ODM lawmakers led by Ugunja MP Opiyo Wandayi called on the government to urgently put up measures that will cushion Kenyans against any increase of fuel prices in future.

The lawmakers Moses Kajwang' (Homa Bay), Omar Mwinyi (Changamwe), Rose Nyamunga and Jacqueline Oduol said they will not remain silent as common man continue to suffer due to surge of fuel prices.

“We demand that the government takes immediate action to reverse the latest fuel price increases and puts in place policy measures to forestall any such price changes in the future,” Mr Wandayi said.

Speaking in Nairobi, the lawmakers also turned the heat on Energy Cabinet Secretary Charles Keter for subjecting Kenyans to pain and suffering.

“It is time to call a spade a spade. CS Keter and his appointee at Energy and Petroleum Regulatory Authority (EPRA) Daniel Kiptoo must give Kenyans answers. The President, in his magnanimity, entrusted the energy docket to him but since then, the industry has been plagued by scandal after scandal,” Mr Wandayi said.

The MPs pointed out that since Mr Keter took over the Energy ministry in 2015, the energy sector in the country has been plagued with mega scandals.

They cited Sh2 billion KPC oil jetty, National Oil Sh2.3 billion racket unearthed by the Auditor General in her last report and after that and the Sh14 billion Kenya Electricity Transmission Company (KETRACO).

In addition, the lawmakers also pointed out the  inflated electricity bills by Kenya Power and Lighting Company (KPLC) as another avenue where Kenyans have been subjected to pain and suffering by the Energy ministry.

“Mr Keter and his energy sapping, political godfathers must give Kenyans answers. Corruption is the biggest contributor to the rising cost of energy as unscrupulous individuals working to finance certain political ambitions in 2022 have targeted the energy sector as their cash cow. Kenyans deserve better,” the MPs said.

“Kenyans have remained silent as fuel prices have snaked upwards from 61 shillings just before the last general election until now, with the latest increase, fuel prices having broken an all-time record. Kenya has never before seen this kind of inflation in the cost of energy. Enough is enough,” Mr Wandayi said.

But Mr Obado insisted that the legislators must own up to “being sell-outs to Kenyans when they agreed to pass the Finance Bill 2018.

ODM leader Raila Odinga had rallied his troops to approve the Bill which introduced an eight percent tax on petroleum products.

It was later signed into law by President Uhuru Kenyatta.

Political activist George Ayugi challenged Mr Odinga to apologise to Kenyans for rallying his troops to approve the Bill.

“Raila should tell us why he did this. It’s unfortunate that now Kenyans are suffering due to the high fuel prices when there are also adverse effects of the Covid-19 situation in the country,” said Mr Ayugi.

Earlier, ODM challenged the government to cushion Kenyans from high fuel prices by extending the subsidy programme that compensated oil marketers for excess costs they incur during purchase and importation of products, to ensure fuel prices remain within limits.

ODM Secretary General Edwin Sifuna said that whereas the party through its elected representatives have been urged to relook at the taxation regime when it comes to fuel to cushion Kenyans against the high cost of the commodity, they want government to essentially extend the cushion that had been extended to oil marketers for the past two months.

“This is important since as we deal with the question of legislation, the immediate pain of the increased fuel prices is not felt by Kenyans,” Mr Sifuna said at a press briefing at Chungwa House.

He said the party will have a policy position sent to its parliamentary group for immediate action.

“We have already spoken to our whip – Junet Mohamed and leader of minority in the House – John Mbadi, you will be seeing some movements in the House where decisions are made to relook at the taxation regime when it comes to fuel so that we continue to cushion Kenyans against the high cost,” said Mr Sifuna.

He went on: “We want to promise that in future when we have an ODM government we will be looking at more sustainable ways to develop this country because the way we are going is not sustainable as we have taxed Kenyans to the bone and it’s something we all feel needs to be addressed.”