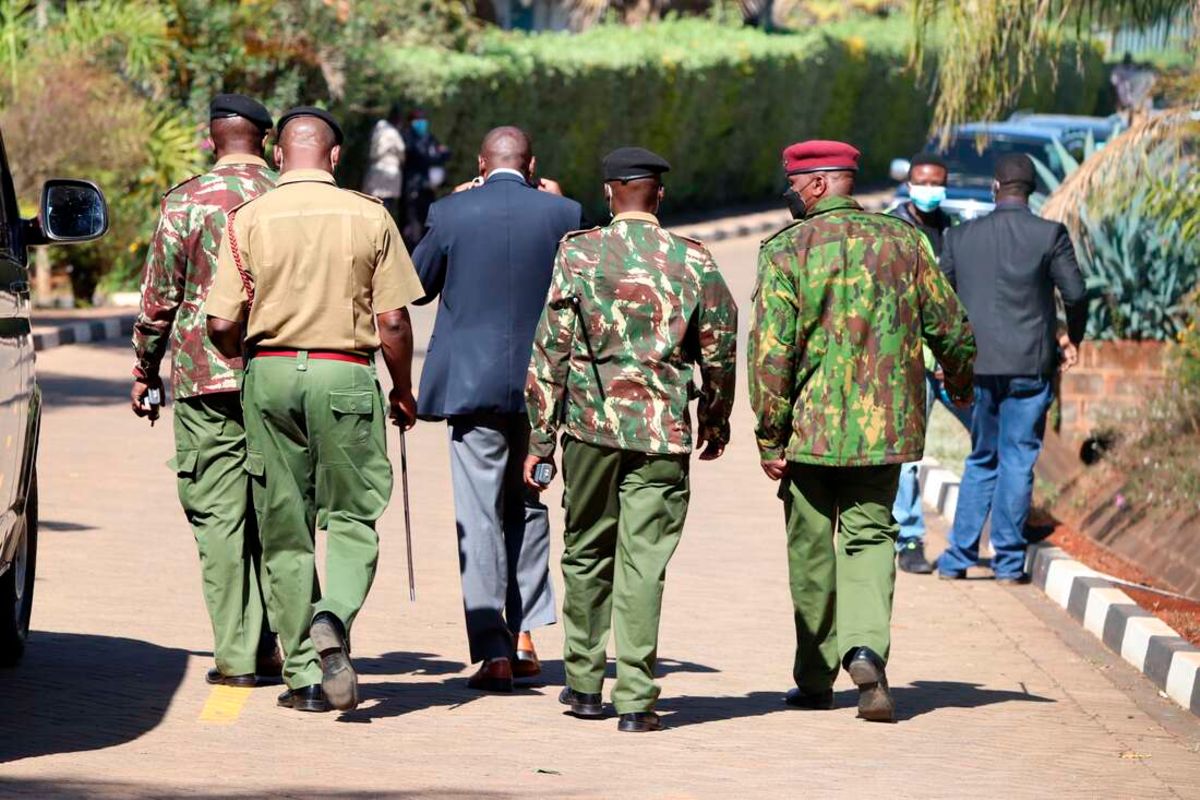 According to the letter from the Interior ministry, the officers deployed at the DP’s official and private residences following withdrawal of their counterparts from the General Service Unit have reportedly “not been consistently provided with food rations or meal allowances to enable them discharge their mandate effectively and efficiently.”

“This is in contrast [with] their counterparts from GSU whom they replaced and who used to get food rations,” reads the letter signed by Mr Wilson Njenga, secretary, Internal Security. It adds the officers are deployed there “permanently for day/night duties and cannot move out to get food supplies.”

“The purpose of this letter therefore is to request that you reinstate the food rations for the officers currently deployed in the two residences for optimal service delivery,” says the letter dated November 11 addressed to Mr Abdul Mwaserah, Principal Administrative Secretary, Office of the Deputy President.

Contacted for comment, Mr Njenga referred the Nation to the ministry’s communication team that confirmed the letter. Mr Mwaserah did not respond to the Nation’s enquiries.

However, the communication secretary in the DP’s office, Mr David Mugonyi, dismissed suggestions that the officers have not been fed.

“We have provided them with food. The only complaint I am aware of is delays to pay their allowances. The officers are under the office of Inspector General of Police. Their welfare is catered for by that office. Even the GSU were under the IG,” Mr Mugonyi responded.

In August, the State withdrew GSU officers who had been guarding the DP’s residences since he took office in 2013, sparking a storm.

The GSU officers from the G-Company were replaced by officers drawn from the Security of Government Buildings (SGB) unit. The National Police Service explained the replacement of the GSU officers with AP officers was a “normal reassignment to enhance efficiency.”

However, the DP’s office protested the action was the latest in a string of schemes to humiliate Dr Ruto who has fallen out with President Kenyatta.

Weeks later, Dr Ruto said he was comfortable with the APs and even posted photos enjoying a cup of tea with them on Twitter. The withdrawal of the GSU is subject to a court case following a petition by two citizens, Mr Miruru Waweru and Ms Angela Mwikali, who want them reinstated.

They claim the withdrawal of GSU officers violated Police Service Standing Orders that stipulate the GSU commandant is responsible for security of the President, the Deputy President, State House and state lodges.

In a response, Attorney-General Paul Kihara has asked the court to throw out the case arguing the Inspector General of Police cannot be given directions on how to assign duties or deploy police officers.

Journalists now throw their hats into the political ring

Why William Ruto is upset with small parties