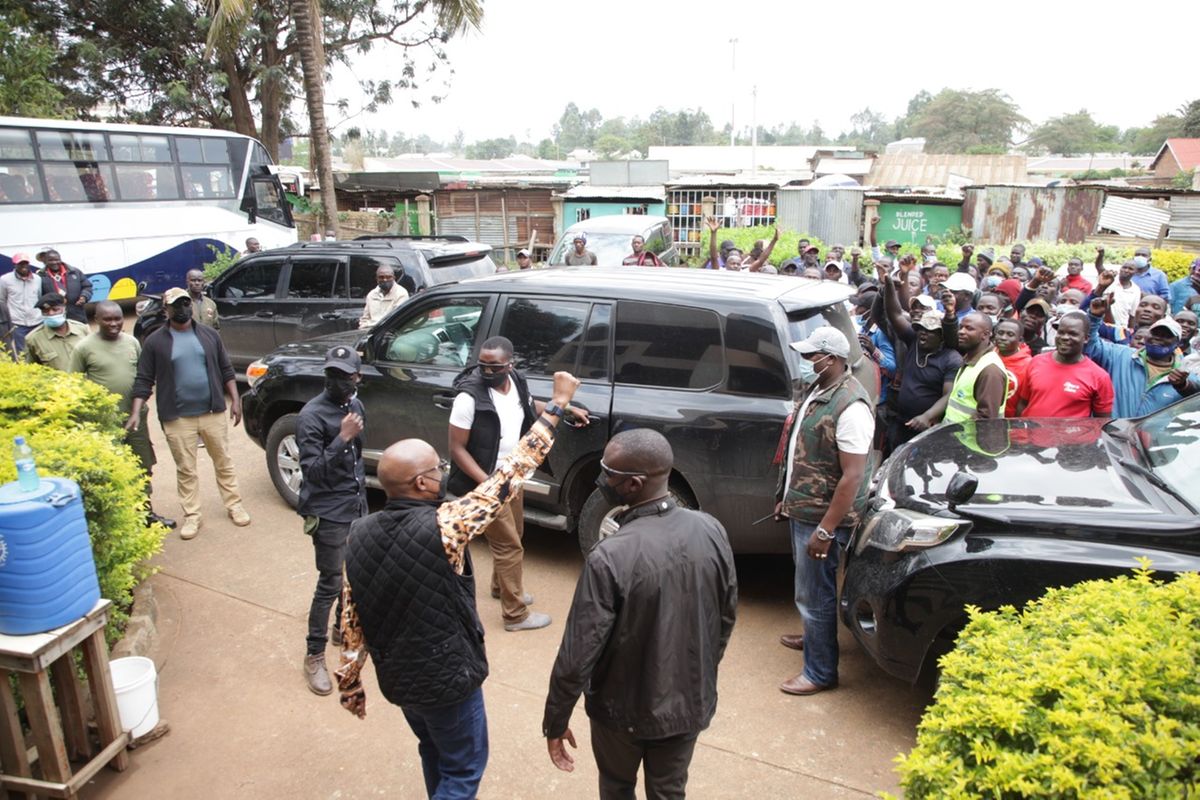 Mr Wanjigi was forced to cut short his speech after a bottle of water thrown by an unknown person in the crowd almost hit him.

Stones were then pelted at him and his convoy forcing him to duck and return inside his car through the sunroof.

He was later whisked away by his security detail as the vehicle sped towards River Migori Bridge.

Earlier, Mr Wanjigi addressed youths in Rongo, where he maintained that he would proceed to Migori Town for his meeting.

"I will not be cowed. Nyanza is my home. I will visit each place I want to because we want to unite Kenya and ensure ODM clinches power come 2022," said the Orange Democratic Movement (ODM) aspirant.

His convoy of at least 10 vehicles snaked its way through Awendo and then Uriri and Migori Town where hell broke loose.