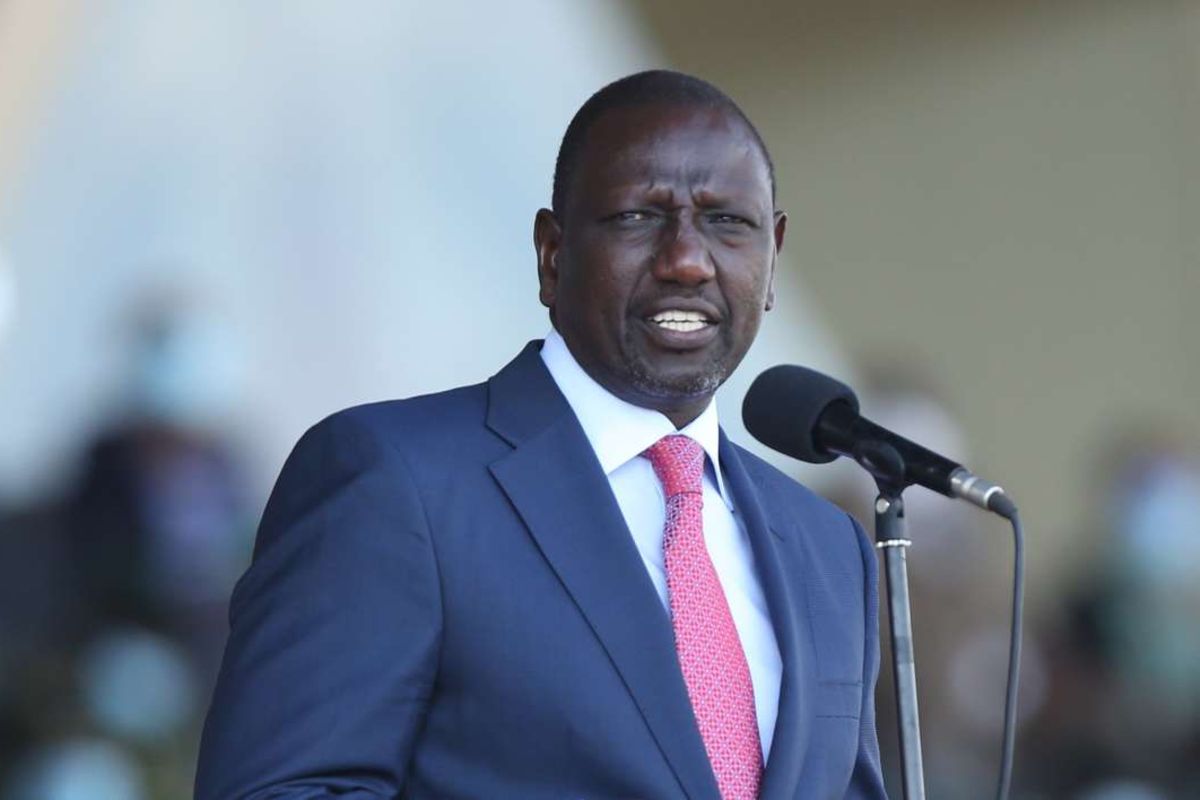 After charming other regions to support his presidential cause, Deputy President William Ruto is now targeting influential President Daniel Moi-era businessmen, strategists and politicians in the race to succeed his boss.

Tycoons David Langat and Joshua Chepkwony, who made their money when Kanu was in power, are some of the big names who are back into the DP’s fold after falling out over what those privy to the details say were business deals. They attended June Ruto’s wedding in May.

Mr Lagat is a Mombasa-based businessman, founder of the DL Group with interests in tea processing, shipping and other industries.

He recently accompanied the DP to Uganda where he met President Yoweri Museveni, a trip sources say had everything to do with the succession in Nairobi as well as Dr Ruto’s businesses in the neighbouring country. Mr Lagat vied for the Tinderet parliamentary seat in 1997 but lost to then incumbent Henry Kosgey.

Mr Kosgey, one of the few politicians who stuck with former Prime Minister Raila Odinga at a time the DP was leading a mass exodus of the region from the ODM party, is also supporting the second in command. He is in the category of “late returnees” to DP’s camp, a list that comprises many business titans, especially the elderly who were initially reluctant to embrace him. He is also eyeing Kanu people outside the Rift Valley.

While he is the undisputed Rift Valley kingpin, Dr Ruto wants total loyalty in his backyard, a plan that is meant to vanquish his long-time political nemesis and Baringo Senator Gideon Moi.

The plan is to dismantle the political empire of the late President Moi, which his son is trying to revive and inherit. Nakuru, West Pokot and Baringo are some of the counties being targeted as Kanu alleges a plot to import voters with an aim of voting out their candidates in the next polls. West Pokot Governor John Lonyangapuo recently announced that he will not be defending his seat on Kanu ticket, the party he vied on in 2017.

A number of strong Kanu aspirants have also been approached and persuaded to defect and vie on a United Democratic Alliance (UDA) ticket, the party through which the DP plans to run for president.

For the last 10 years, the DP has run the show in the region, pushing Mr Moi to the periphery. But the recent national political changes spearheaded by President Uhuru Kenyatta have elevated the senator to a team negotiating a possible alliance keen to block a Ruto presidency. This has accorded him more influence in Rift Valley politics, to the discomfort of Dr Ruto.

In the 2017 elections, Dr Ruto fronted Mr Simon Chelugui to challenge Mr Moi in the senate race. So fierce was the competition that when Mr Chelugui lost, the DP awarded him with a Cabinet secretary position.

“He should know that Kanu was long here before he was born and he will leave it here. The party and country cannot allow Kanu to die. We didn’t know that the bottom-up economic model he has been preaching is about killing other parties,” Mr Salat said.

But even as he pushes to run Mr Moi out of competitive politics, the DP projects the image of a man unbothered by the presence of Kanu.

“As far as I know, Senator Moi wants to be a Kalenjin kingpin. William Ruto wants to be president. They can't be competing.

“How can a man who could not rally his county to vote for the BBI (Building Bridges Initiative) Bill be a threat to the DP? He is the only principal who failed to deliver his county assembly.

“He is out of touch with the people to warrant our attention. We only read him in the newspapers,” Dr Ruto’s press secretary Emmanuel Talam told the Nation.

As one of the principals in One Kenya Alliance, together with ANC leader Musalia Mudavadi, Wiper’s Kalonzo Musyoka and Ford Kenya’s Moses Wetang’ula, Mr Moi is engaged in talks that could see the birth of a grand coalition intended to block the President’s deputy from succeeding him.

According to insiders, the DP and his lieutenants from the vote-rich Rift Valley region made their intentions on the Moi-era politicians and businessmen known when Dr Ruto met with the former president’s press secretary Lee Njiru late last year.

Dr Ruto’s allies suggested that the meeting between him and Mr Njiru was aimed at exploring how the latter could help the DP’s camp approach some of Mzee Moi’s advisors.

“Lee is an asset in our camp because he has been in leadership for long and he understands some of those who were very influential in Moi’s regime, we have welcomed him to the camp,” said Keiyo South MP Daniel Rono. He added that Mzee Moi’s strategists and advisors might be the ones looking for DP Ruto.

“We are interested in ensuring that the DP has no strong competitor in Kalenjin land and that is why it was decided that we get those who were powerful in Moi’s regime…Gideon will just remain with Tiaty MP William Kamket and Kanu Secretary-General Nick Salat,” said one of the Rift Valley MPs privy to the plan.

After being endorsed by the Kalenjin Council of Elders for the country’s top seat, and in order to weaken Senator Moi, Dr Ruto is keen to also poach some civil servants who were in the inner circle during President Moi’s 24- year rule.

Mzee Moi is the one who introduced Mr Kosgey to politics, with the aim of sending Jean Marie Seroney, a fierce critic of the Kanu government, into political oblivion.

“It is Mzee who advised me to join politics in 1979. Without him, I would not have ventured into active politics in which I defeated Jean Marie Seroney,” said Mr Kosgey when President Moi died.

According to Mr Kosgey, succession politics is in top gear and the vote-rich region must be united behind Dr Ruto, noting that Mzee Moi told him to fill the leadership vacuum until another leader emerges.

“When Moi retired from politics, he told the Kalenjin community that he is leaving Nicholas Biwott and myself, but I never asked him what he meant. At the moment, there is something which concerns us as a community ahead of 2022. We are lucky to have a youth who would want to be a president. When you will be voting, start with Ruto as the president,” he declared in early June at Lessos, Nandi County.

Mr Kosgey’s sons, Alex Kosgey (Emgwen MP) and Allan Kosgey, have also come out to throw their support behind the DP publicly. The two sons are interested in politics, with the current Emgwen MP set to defend his seat on the DP Ruto-linked UDA while his brother is eyeing the UDA ticket to battle it out with Governor Stephen Sang and Senator Samson Cherargei for the gubernatorial seat.

“After voting for Ruto as president come 2022, these other leaders, choose someone with integrity so as to benefit from devolution,” the former minister said.