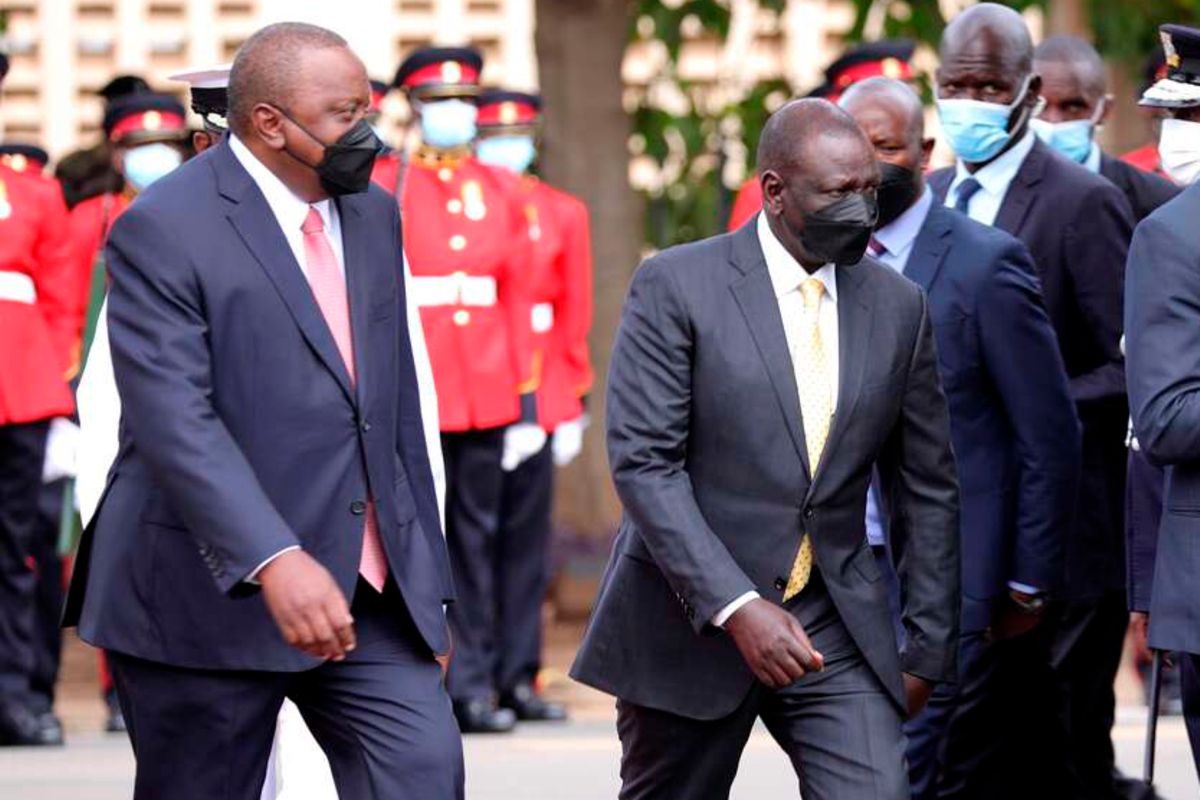 President Kenyatta has told those seeking to succeed him in next year’s polls to avoid actions that could stoke violence. He regretted rejection of proposed constitutional changes, which, he said would have secured political stability.

The President extolled the envisaged benefits of the Building Bridges Initiative (BBI) referendum bid that was scuttled by the courts, vowing that, still, “it shall happen”, without elaborating how the constitutional amendments will be achieved.

“We cannot behave like the proverbial ostrich and bury our heads in the sand. A constitutional moment does not resolve itself simply by being ignored,” President Kenyatta said.

In his eighth State of the Nation address to a joint sitting of Parliament yesterday, the President lamented the negative political environment that has characterised elections since 1992.

He exhorted leaders who were seated in the Speaker’s gallery—including Deputy President William Ruto, former Prime Minister Raila Odinga and Amani National Congress party leader Musalia Mudavadi—not to take the country back to such days.

Kenya lost Sh248 billion after the 1992 polls, the President said. People lost their lives and others were displaced, he said.

In 2007, President Kenyatta said that, in addition to deaths and displacement of thousands of people, the country also lost Sh250 billion.

And in the disputed 2017 elections, the country lost Sh1 trillion due to political instability, he noted. President Kenyatta praised his March 2018 truce with Mr Odinga for the peace he has enjoyed in his second term and that has allowed him to focus on development projects.

President Kenyatta said the country had missed a critical opportunity by turning down the BBI referendum bid.

“The first loss was equity in resource allocation. In missing the first amendment to the 2010 Constitution, Kenyans missed an increase to the minimum county allocations from the current 15 percent to 35 percent,” he said.

He accused the Judiciary of frustrating the will of the people by scuttling the BBI despite the Bill getting overwhelming support from both county assemblies and Parliament.

Mr Kenyatta said, had BBI sailed through, counties would have received Sh562 billion instead of the current Sh316.5 billion allocated to them in the 2020/21 budget, a 75 per cent increase.

He said the intention of expanding the executive was to have a broader representation of the country in decision-making and to end the winner-take-all outcome of elections that creates so much toxicity and tensions.

He, however, revealed that a Bill has been tabled in the National Assembly sponsored by Ndaragwa MP Jeremiah Kioni seeking to expand the executive by introducing the post of prime minister and two deputies. It also wants the introduction of two positions of deputy President.

While the BBI was proposing the creation of a Leader of Official Opposition meant for a runners-up in a presidential election, the Constitution Implementation Oversight Committee had proposed the nomination of presidential poll losers to the National Assembly or Senate.

(In case you missed it, watch Uhuru's full address below)