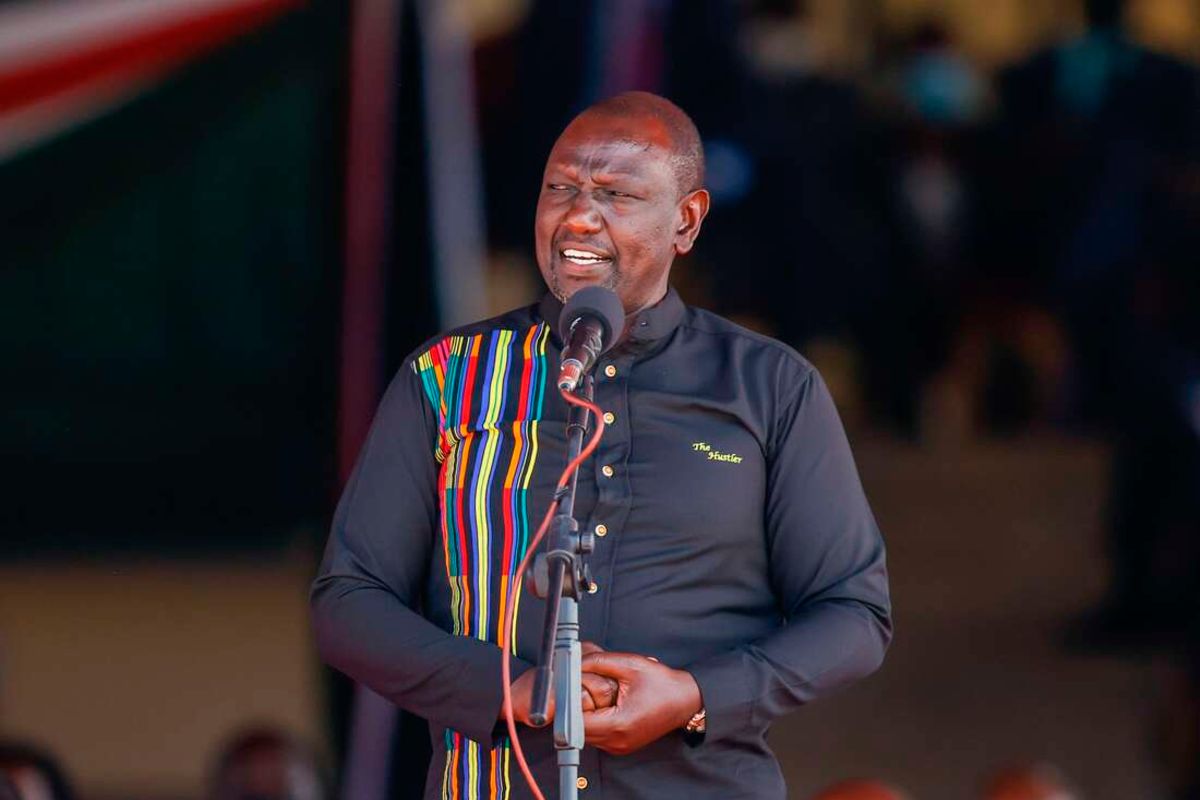 Deputy President William Ruto has gone bare-knuckle with his boss President Uhuru Kenyatta over a decision to form a coalition with the Orange Democratic Movement (ODM) in the hopes of fielding a candidate in the 2022 General Election.

DP Ruto, viewed as a rebel in the ruling Jubilee Party, termed the move “tragic” and “ill-advised”, adding it will destroy the party, which he noted once enjoyed a huge following across the country.

He further claimed the decision was made by the party’s secretary-general Raphael Tuju and vice-chairman David Murathe, and that members were not involved.

“The latest we have heard from our friends Tuju and Murathe is that they have decided to merge Jubilee with ODM, which in my opinion is the most tragic thing that can ever happen,” he said in an interview on KTN News on Thursday night.

“How do you take a party that has more than 200 MPs, senators and governors, without an iota of consultation … without a single meeting … [and merge it with ODM]? It does not matter how little you think of the people in the party. They deserve reference and to be informed and involved in such a momentous decision.”

DP Ruto, whose relationship with Mr Kenyatta continues to deteriorate daily, also said he had given up on Jubilee and that those out to build coalitions should go ahead.

“They are free to do it, and because they have chosen to do it without consultations, we will have to organise ourselves in UDA (United Democratic Alliance),” he said.

Talks between Jubilee and ODM are aimed at transforming the March 9, 2018 handshake between President Kenyatta and ODM leader Raila Odinga into a formidable coalition.

On Wednesday, Jubilee officials tabled proposals for the coalition’s ratification before the party’s National Management Committee.

Five negotiators will represent each party while the respective executive directors are poised to be the joint secretaries.

Read: Joho: Why ODM is seeking a coalition with Jubilee ahead of the 2022

While regretting not being able to save the party, he noted the need to come up with an outfit that will accommodate everyone.

“I promise the nation that I will build, with all my abilities, a national political party that will bring Kenyans together regardless of where they come from. I believe that it is on the institution of political parties that a better Kenya is visible,” he said.

“I wish I did something. That is the regret I have, but it became difficult. I could have organised the party because I made a huge contribution in creating Jubilee. It is unfortunate that the people who were trusted with the running of the party let the party leader down.”

DP Ruto also warned that Jubilee will be reduced to a tribal party.

In an apparent swipe at Mr Tuju and Mr Murathe, DP Ruto claimed Jubilee’s problem was engineered by people focused on dividing the political landscape based on ethnicity, at the expense of moving the ruling party forward.

“We spent a lot of energy, time and resources putting Jubilee together. Unfortunately, it has been destroyed by people who do not appreciate that the way to de-ethnicise the politics of our country is to organise our politics around political parties,” he said.

“When you destroy parties, you actually take away from our political organisations and cause us to move backwards.”

While imploring Kenyans to embrace his ‘Hustler Movement’, centred on a bottom-up economic model, the DP linked Jubilee’s woes to a bad decision-making model, where “decisions are made elsewhere then forced down the throats of many”.

“Jubilee is badly damaged. There is haemorrhage. We have never had a party retreat, meeting or parliamentary group meeting other than those called to expel members. There has not been any constructive engagement, yet a party is built on trust and engagement. You must work with people. You must not underestimate or look down upon them.

The DP also dismissed the proposed constitutional review through the Building Bridges Initiative (BBI), saying the process was manipulated and set a bad precedent and so it should be shelved.

“My position on changing the Constitution is that there must be a process that is credible, that is not opaque and that is not subject to manipulation, a process as the court recommended,” he said.

“That involves the participation of the people of Kenya in a legal and comprehensive manner so that we arrive at a product the majority welcomes.”

He warned against any attempt to postpone next year’s poll, saying this would amount to impunity.