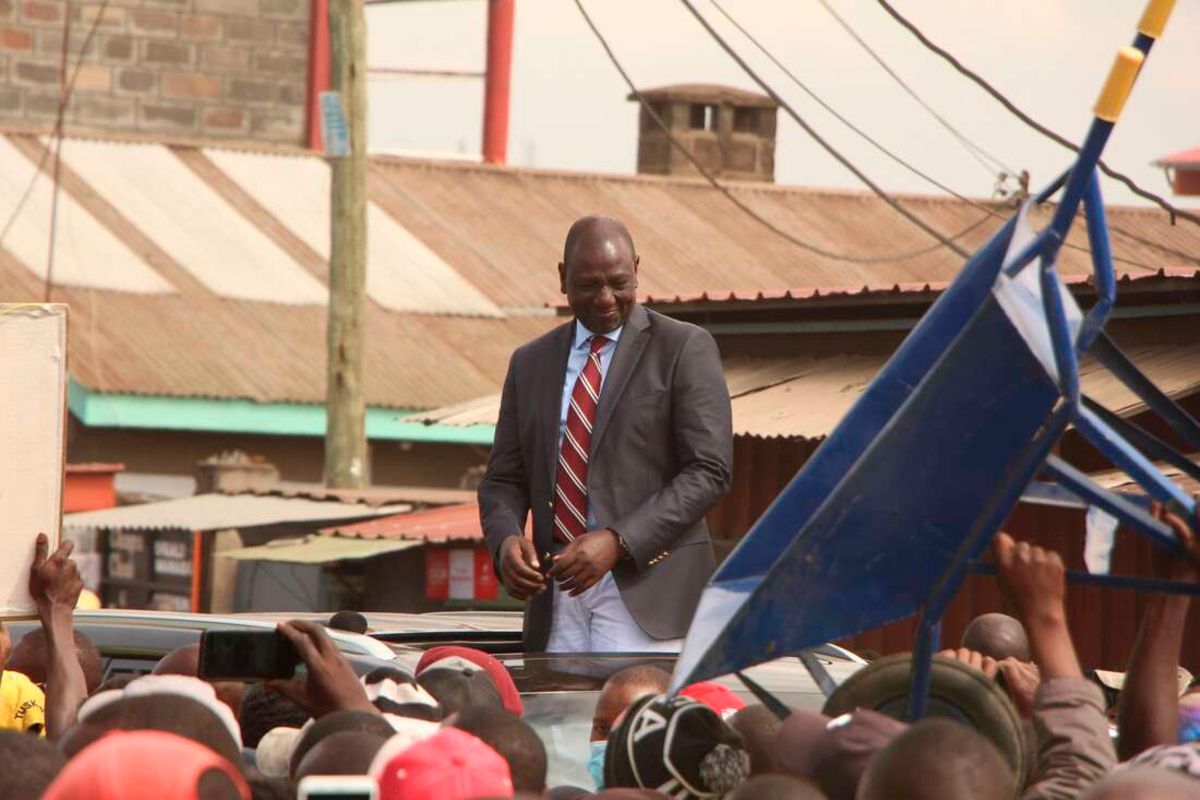 Deputy President William Ruto has distanced himself from President Uhuru Kenyatta’s decision not to appoint judges, saying he is done with the ruling Jubilee Party.

In an interview with KTN News on Thursday night, Dr Ruto said the President erred in cherry-picking judges.

He added that if the judges have integrity issues, due process should have been followed after their appointment by the Judicial Service Commission.

Dr Ruto said since Kenya is a democracy, the Constitution must be respected, irrespective of the position one holds.

He said he would have appointed the judges if he were the President.

“Former Chief Justices Willy Mutunga and David Maraga – the people who are better versed in matters of law and Constitution – said the right thing that should have happened was for all the judges to be appointed,” Dr Ruto said.

“If there are integrity issues with the judges, first make a presentation to the JSC and if the commission finds merit, a tribunal is formed. The judges should be subjected to due process,”

High Court judges Joel Ngugi, George Odunga, Aggrey Muchelule and Weldon Korir were recommended for promotion to the Court of Appeal but the President rejected their nomination.

The DP said if elected president next year, his administration would not be at loggerheads with independent institutions.

“No administration would want to go down as one that disrespected court orders or the rule of law. Respecting a court order is not a choice. The law is the law. Until it is changed, it is the law. The Constitution is the Constitution until something else happens. It is for all of us irrespective of the office we hold or occupy,” Dr Ruto said.

Jubilee Secretary General Raphael Tuju dismissed claims by Dr Ruto and his allies that the ruling party is on its deathbed.

He said the party can survive without Dr Ruto.

“Those who joined the United Democratic Alliance (UDA), a party linked to the Deputy President, voted against the Building Bridges Initiative (BBI) bill in the National Assembly and Senate but those who voted in support were 232. ODM lawmakers who voted for it were more than 70,” Mr Tuju said during an interview with Mayienga FM.

“Some people think if they are not part of something, that particular matter will not go through.”

According to Mr Tuju, the March 9, 2018 handshake between President Kenyatta and ODM leader Raila Odinga created a peaceful environment “which has resulted in the implementation of development projects”.

“A country without peace cannot develop. That is why we have been instructed by the President and his handshake partner to work on the Jubilee-ODM coalition,” the Jubilee top official said.

“These are the two biggest political parties in Kenya. Peace will prevail when they work together.”

The DP said he is working on a “grand plan” to be implemented when he becomes president.

He added that though the Jubilee government has done a lot, it is far much less what was promised to Kenyans in 2013 and 2017, blaming it on the handshake and the BBI.

He said much was achieved in the first term of the Jubilee administration “because I had not been elbowed from the inner circle of the President”.

“I did not have much of a leeway in delivering the Jubilee agenda in our second term. That responsibility was given to other people. May be, we spent a lot of time and resources on the handshake and BBI. In the process, our programmes lagged behind,” he said.

Dr Ruto, who addressed a roadside rally in Nakuru town after attending a church function, dismissed the idea as inconsequential.

“The common person has no time for such politics,” he said.

Dr Ruto added that citizens are facing many problems which need to be solved.

“We tell those who are forcing us to join the opposition that mwananchi has no time for theatrics. It is a waste of time and I am not part of it,” the DP told a crowd.

He added that such politics is insensitive to millions of poor Kenyans as it revolves around wealthy ethnic chief “who have been in leadership for far too long”.

The DP had earlier attended the consecration of Full Gospel Church of Kenya General Overseer David Macharia in Langalanga.

The DP also drummed support for UDA and his 2022 presidential bid, saying his administration would focus on the economic empowerment of the common man.

He was accompanied by dozens of politicians.

The BBI took centre stage at the function as leaders urged President Kenyatta to emulate the smooth handing over of power shown by the church.

Ms Wahome called on President Kenyatta to complete his term and leave peacefully without attempting to rewrite the country’s Constitution.