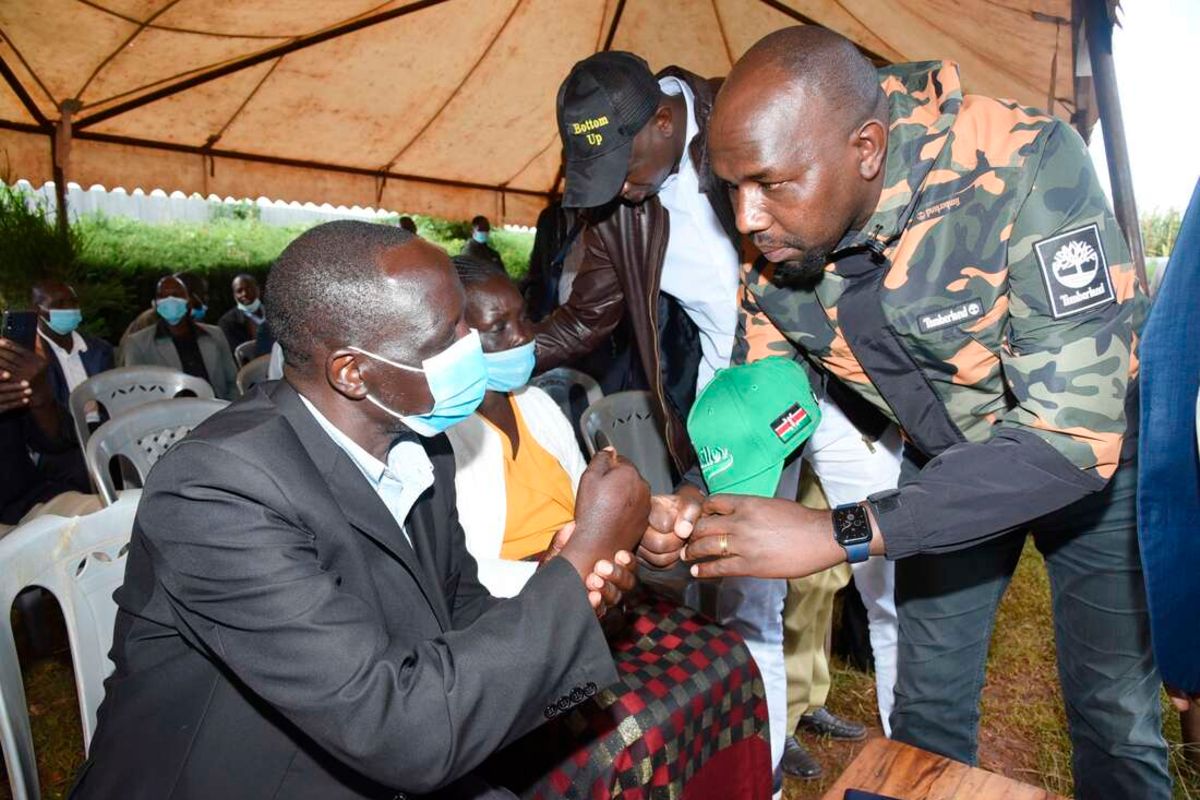 Tirop, 25, was found murdered in her house in Iten, Elgeyo Marakwet County, on Wednesday.

Her death has seen many who depended on her pondering their next move.

They include Edward Mberia, a Form Three student at St Francis Kimuron High School who was also her pacemaker.

Mberia dropped out of school due to lack of school fees and decided to head to Iten for training after developing interest in athletics. He was welcomed in Iten by his friend Victor Koilel.

He met Tirop and who agreed to train with him before he told her that he had dropped out of school due to lack of fees.

Tirop asked him if he would like to go back to school and Mberia was quick to agree.

He later enrolled at Kapsait Athletics Training Camp in Elgeyo Marakwet and Tirop used to pay his fee until the school was closed early this year due to what its director, former marathoner Eric Kimaiyo, said was lack of funds to sustain the school.

Mberia later joined St Francis Kimuron High School, another athletics powerhouse, where he is in Form Three and was looking forward to completing his education.

“Tirop was like a sister to me and she agreed to help me out by paying school fees, buying food in our house which she rented for us along with the other pacemakers, among other things. I don’t know what to do next now that she is gone,” said Mberia on Friday.

He spoke as Elgeyo Marakwet Senator Kipchumba Murkomen, Kapseret MP Oscar Sudi and other leaders visited Tirop’s home to condole with the family.

Murkomen said the Ministry of Sports should formulate a policy to offer psycho-social support to sports people.

“It’s now apparent the athletes are battling domestic abuse and there is need to come out and help them because there tends to be a lot of happening and they have been silent, which leads to death,” said Murkomen.

Athletics Kenya, led by President Jack Tuwei, eulogized Tirop as one of the most promising athletes whose star was steadily rising.
“We are going to hold more seminars and bring everybody on board so that we can cure this disease. I have never seen such things and it is painful losing a young athlete who had bright future and her career was taking shape,” said Tuwei.

A burial committee has been set up which includes family members, Athletics Kenya and county government of Nandi.

Tuwei further said that Tirop “belonged to the whole community” and everybody was looking up to her, including international athletes across the world, only for her life to be cut short saying he hopes the family will get justice.

“We decided to postpone all athletics events just to honour our heroine until she is buried and we shall give her a befitting send off. She is an international athlete and the whole world was following how she was progressing and it is so sad to have lost her in such a manner,” he added.

Three-time London Marathon champion Mary Keitany said that she had lost a friend.

To break the shackles of our past, we must strive for a better future

Pupils drop out as school feeding plan hits a snag