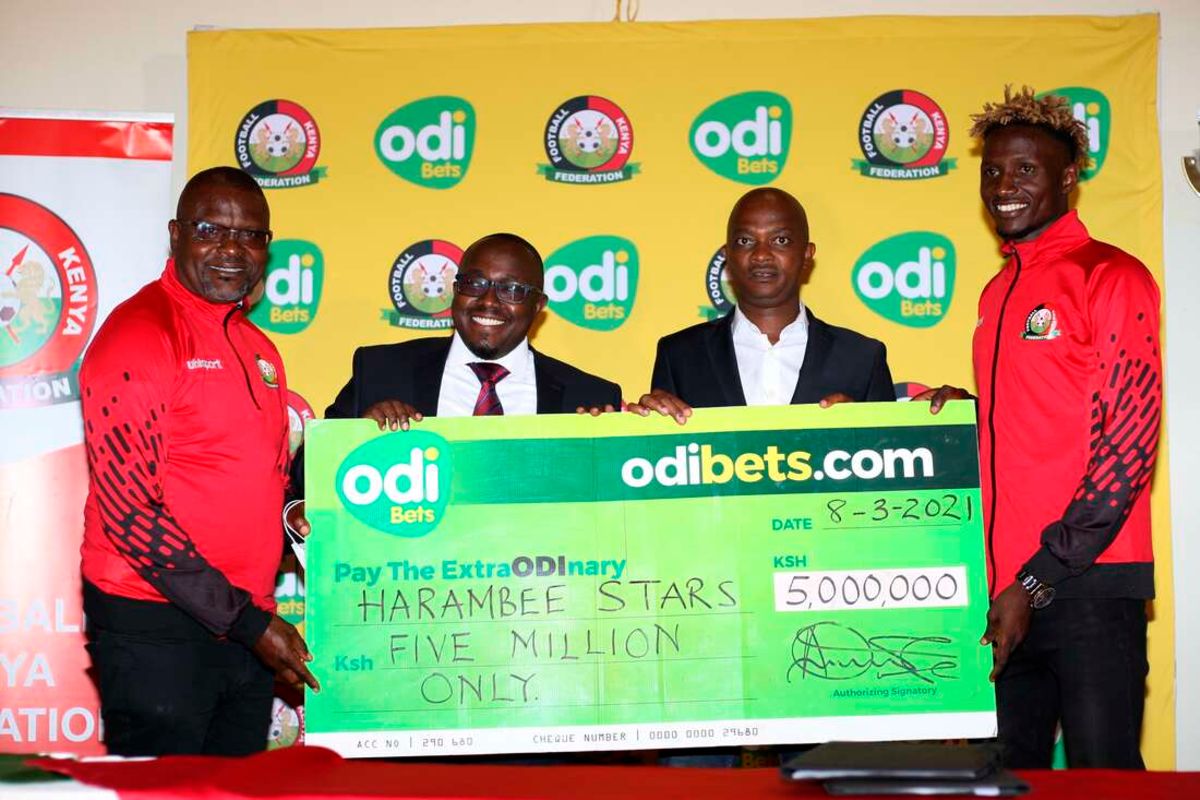 Football Kenya Federation (FKF) president Nick Mwendwa has joined the fray in opposing the proposed reintroduction of 20 percent excise tax on betting firms in the 2021/22 budget, saying it will take a toll on the local sports industry.

In his Thursday speech at Parliament buildings during the reading of the 2021/22 proposed budget, Treasury Cabinet Secretary Ukur Yatani recommended the reintroduction of the tax, which was scrapped by President Uhuru Kenyatta in July 2020.

“Excise duty on betting at 20% of the amount will be wagered,” said Yattani meaning the amount would be levied and passed on to a person who has won on a bet.

But speaking Friday, Mwendwa said the proposed tax, if adopted by parliament, will cause a biting financial crisis within the local football scene, since betting firms, which sponsor various leagues and teams will terminate their sponsorship deals.

“In today’s world, betting firms are the ones supporting football. But if we tax them more and some of them pull out, where will we turn to?” posed Mwendwa on the sidelines of the second coronavirus inoculation of FKF-Premier League players at Moi International Sports Centre, Kasarani in Nairobi.

“Some of the firms have already made it clear that if the tax proposal is approved, they will terminate their sponsorships. At the moment, premier league clubs are getting Sh883, 000 in a month due to sponsorships by betting firms. If they stop their sponsorships, I can assure you that we will only give them Sh100, 000 per month," revealed Mwendwa.

Gor Mahia chairman Ambrose Rachier and his AFC Leopards counterpart Dan Shikanda are some of the local sports stakeholders, who had Thursday weighed in on the proposed reintroduction of the tax.

They argued that excise tax is one of the reasons why SportPesa left the Kenyan market in 2018, saying betting firms have cumulatively supported football to a tune of Sh1.6 billion from 2016 to 2020 and shouldn't be punished through punitive taxes.

“The enactment of the 20% excise tax will unequivocally rule out continued sponsorship of football clubs across all tiers (National Super League, Division 1 and County Leagues), with the net effect of rendering the operations of most of the league teams unsustainable,” said the duo in a joint statement.

Currently, gaming firm – BetKing is sponsoring the top-flight league and Division One League for five years at a tune of Sh1.2billon and Sh100 million respectively.

Betika is sponsoring the National Super League for three years at Sh90 million while Betsafe signed a three-year deal with Gor and Leopards in 2020. Under the partnership, Gor and Leopards are receiving Sh55 million and Sh40 million respectively per year.

Mwendwa argued that instead of the government imposing high tax on gambling, it should come up with alternative ways of regulating the industry, such as demanding that they support local sports through sponsorships.

“In football we believe that there are many ways of regulating them. It is better to instruct them that they must carry out sponsorships than tax them heavily to an extent that they cannot continue with their businesses," he said.

Uganda angered by 7pc Kenyan levy on its milk