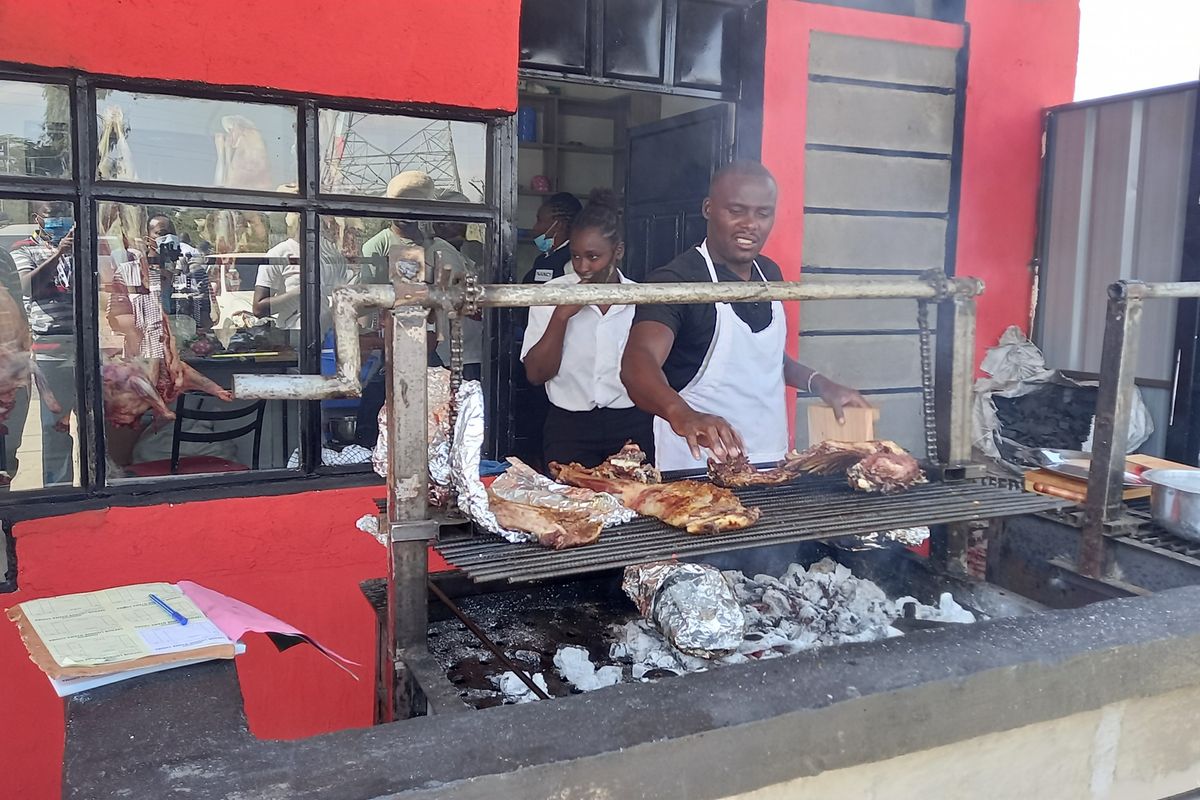 Talk of business acumen and the management of the Vapour Lounge and Grill comes to mind.

The eatery opened its doors on Thursday, the same day the World Rally Championship Safari Rally was flagged off by President Uhuru Kenyatta in Nairobi.

Stationed a stone throw away from the WRC Service Park near the Kenya Wildlife Service, the nerve center of the rally, the eatery was busy as fans thronged the joint before the rally vehicles arrived in Naivasha for the rally which starts proper on Friday.

“We opened doors today and the response from the clients is impressive,” said the lounge’s manager Georges Mugambi.

The busiest section was the nyama choma zone, with the manager admitting the facility’s proximity to the event gave them an edge over the rest.

The joint was also strictly adhering to the Covi-19 measures with revelers required to wear masks at all times.

“We have a trained team that is checking temperatures before the clients are allowed into the facility,” he said.

And when the fast driven cars arrived at the Service Park, it was a showboating moment for some of the experienced rally drivers as fans yearned for more.

The turn at the junction was a test of skills as thousands of Naivasha residents lined up along the busy Nairobi-Naivasha highway to cheer them on.

The racing cars started arriving in Naivasha around 4pm to rousing applause from the fans.

Some spectators had already arrived at the highway by 10am, braving the scorching sun just to catch a glimpse of the world renowned speedstars.

“It has been 19 years since the last event was held in Kenya and there was no way I would miss out,” said former World 10,000 metres bronze medallist Martin Irungu Mathathi, who was accompanied by his family members atop his four wheel vehicle parked along the busy highway.