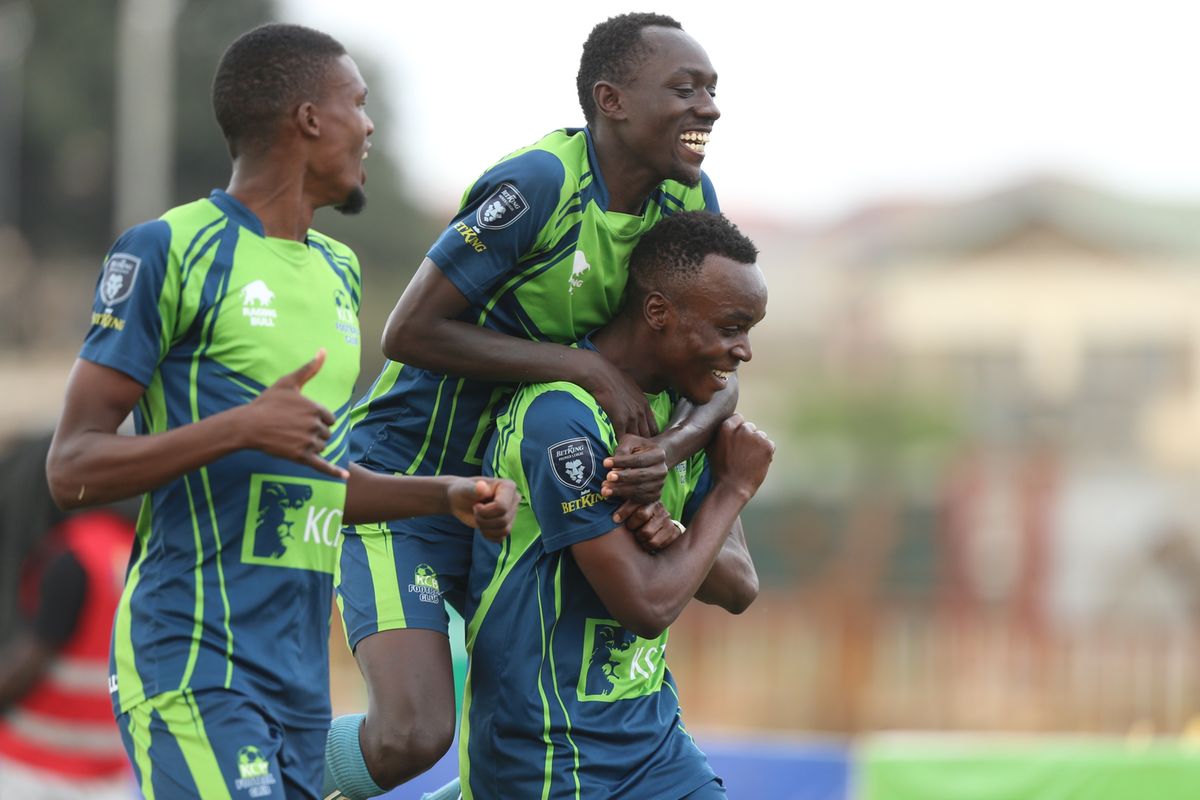 KCB returned to the summit of the Football Kenya Premier League, while Mathare United moved from the bottom position for the first time this season in Wednesday's league matches.

Derrick Otanga bagged a brace in either half as KCB beat Western Stima 2-0 to move two points clear at the top as Tusker lost 2-1 away to Bandar to drop to second.

Mathare United on the other hand got a late 3-2 win against Kariobangi Sharks at the Thika Sub County Stadium to move two places past bottom Vihiga United and 16th placed Western Stima.

KCB have now amassed 57 points, while Tusker are on 54 points with four matches to the end of the season.

"The title race is still open but we have to fight and win the remaining matches because it is now in our hands. This win will help us build a lot of confidence," said KCB tactician Zedekiah 'Zico' Otieno.

In Thika, second half substitute Daniel Otieno scored at death as Mathare United came from behind to win 3-2 against Sharks.

Geoffrey Onyango and Peter Lwasa were on target for Sharks in the 17th and 53rd minutes, while Klinsman Jumaan and John Mwangi also scored for the Slum Boys in the 45th and 66th minute respectively.

The win saw Mathare move to 15th on 21 points same as Western Stima, but with a superior goal difference after 28 matches.

Bottom placed Vihiga and Western Stima have played a game more than Frank Ouna's side and have three games to complete their season.

"As i have always said, we have to continue fighting to stay in the league. This win is a morale booster and if we win our game in hand and avoid losing the other three, then we can finish above the play off position," said Mathare tactician Frank Ouna.

Wanga and Omondi’s penalty were saved by K’Ogalo custodian Samuel Njau in the fifth and 32nd minutes respectively.

Following the slim win, Gor rose to sixth position on 43 points, while Kakamega Homeboyz remain fifth with the same number of points, but with a superior goal difference.

At Ruaraka grounds, 2009 champions Sofapaka put to an end a string of poor results after edging out Nzoia Sugar by a solitary goal.