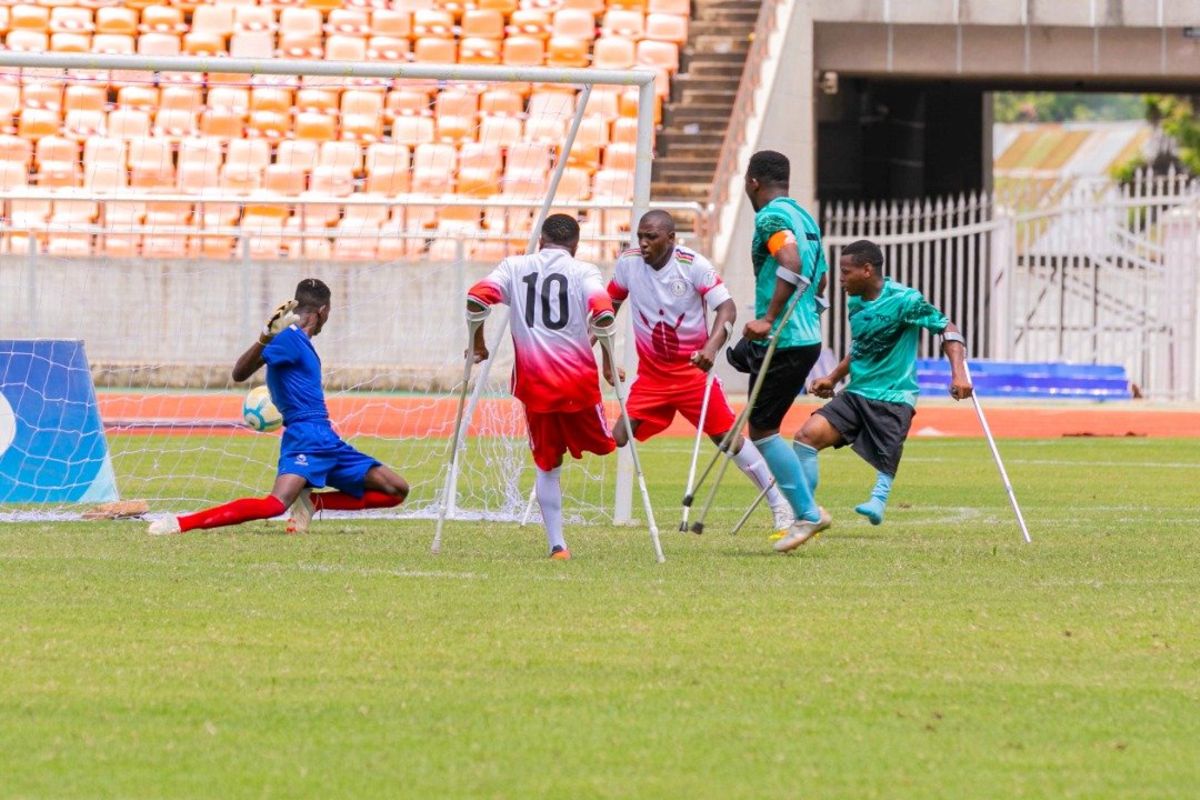 Kenya Monday advanced to the quarter-finals of the 2021 Cup of African Nations for Amputees Football (Canaf) after thrashing Zanzibar 5-0 at the Benjamin Mkapa Stadium in Dar es Salaam, Tanzania.

The huge victory saw them join world champions Angola in the knock-out stages of the competition, which doubles up as qualifiers for the 2022 Amputee Football World Cup to be held in Turkey.

The clash against Zanzibar was Kenya’s first of the competition and coach Willis Odhaimbo’s side kept their word of schooling their opponents.

Nicholas Keiyo, Albert Mwakenga, Muhammed Munga, Daniel Safari and Eugene Maghangha scored a goal apiece for Kenya, who are making their second appearance in the competition, after their debut in 2014.

“We deserved the victory because we have been training hard and we were on top of things in the entire match. Yes we have progressed to the quarterfinals, but we still want a good result against Angola, so we will give our best in the match.
It is good we know a thing or two about them (Angola) since we have watched them play,” said coach Odhiambo.

Kenya, Zanzibar, Angola and regional champions Rwanda were pulled in Group B of the continental showpiece.

However, Rwanda failed to show up for the competition, earning all the other group teams a walkover.

Angola tops the group on six points thanks to a superior goal difference after Sunday's 12-0 thrashing on Zanzibar at the same venue.

Zanzibar have since been eliminated from the competition, while Kenya and Angola will Tuesday square it out at the same venue from 11am in the final match of the pool.

In the other results of the day, Uganda beat Tanzania 1-0, while Morocco thumped Sierra Leone 3-0.

The top four teams qualify for the World Cup. Kenya will be aiming for a third appearance at the global event after featuring in 2014 and 2019.