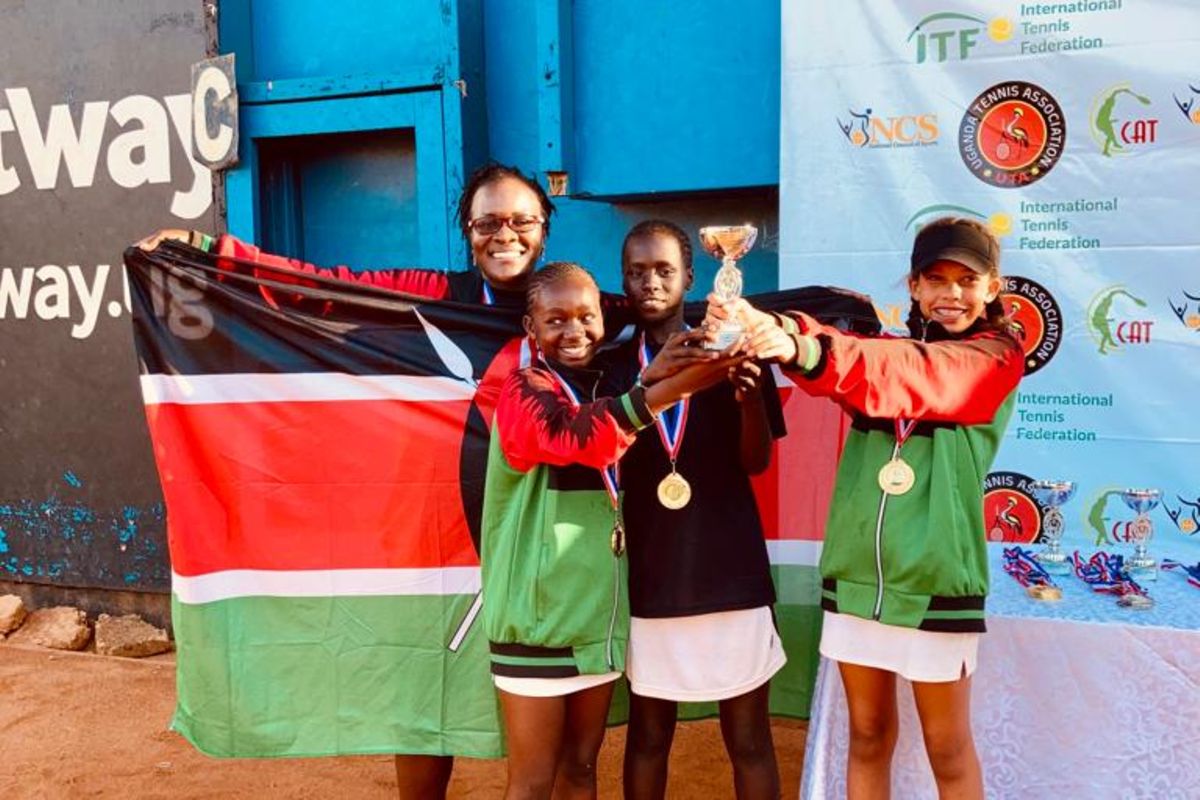 Triumphant Kenya junior tennis team returns home on Sunday from Uganda where the girls retained title at the ITF/CAT East African 12 & Under Teams' competition in Kampala on Friday.

The trio of Nancy Kawira, Seline Ahoya and Amani Gikunda also advanced to the 2021 Africa 12 & Under championships slated for December this year at a venue yet-to-be announced.

On the last day of competition at Lugogo Tennis Club, Kawira earned a walkover after her Tanzanian opponent Silvery Alisi withdrew on medical grounds, while Ahoya easily saw off Faith Njamukuya 6-0, 6-0.

The Kenyans, who were coached by former professional tennis player Veronica Osogo, had floored Uganda 3-0 on the first day on Wednesday in the round-robin tournament.

Kawira defeated Hilder Afwoyoroth 6-2, 6-0 while Ahoya thumped Stacy Namirembe 6-0, 6-0 in singles. Kawira and Ahoya's partnership yielded a 6-1, 6-0 win against Namirembe and Claire Nalubuula in the doubles.

Kenya settled for bronze medal in the boys’ category after losing against Uganda 2-1 on Friday. Jeff Okuku, Ayush Bhandari and Reyan Bulsara had also suffered a 2-1 loss against Burundi on Thursday, a day after seeing off Tanzania 3-0.

“Both Kenyan teams played very well. The girls were outstanding. The boys played some great matches and each player played their best,” Tennis Kenya secretary general Wanjiru Mbugua, who traveled to Uganda as the Head of Delegation, said.

The girls team was coached by Osogo, while Collins Omondi handled the boys team.

Meanwhile, Angella Okutoyi’s bid to reach J3 Stellenbosch final ended in a 6-3, 6-3 semi-final exit at the hands of Kazakhstan’s Tatyana Nikolenko at Coetzeburg in South Africa on Thursday.