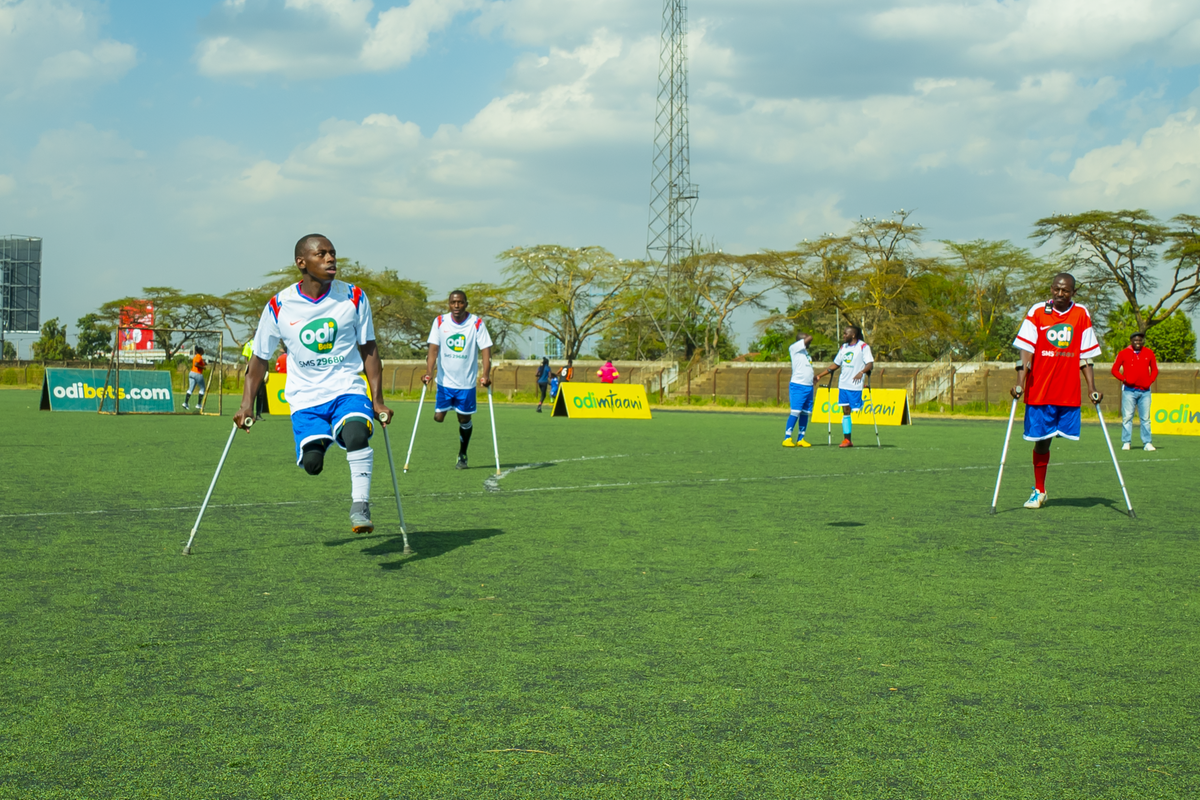 The Kenya Amputee Football Federation (KAFF) on Wednesday received a Sh1.5 million boost from Odibets ahead of its inter-counties championship in Nairobi.

This tournament, set for the City Stadium in Nairobi this weekend, will be used by the organisers to select a team that will compete at the 2022 Amputee Football World Cup qualifiers in Dar es Salaam.

The tournament will consist of a 7-a-side game featuring a goalkeeper with an upper limb amputation and other six players with lower-limb amputations who will play on two crutches and without any prosthetics.

"We welcome this one-of-a-kind partnership and are delighted with the support from Odibets. This will ensure our talents are exposed as we will have a group of motivated players this weekend," said Peter Oloo, KAFF's secretary-general.

Odibets general manager Dedan Mungai added: "We strongly believe that our partnership with the Kenya Amputee Federation will further strengthen amputee football in the country and offer thousands of amputees an opportunity to showcase their talent and create a career out of playing football."

This partnership marks Odibets latest move to support sports, coming a week after the leading gaming firm bought Ferdinand Omanyala, Africa's fastest man, a brand new car as a gift for breaking the continental record at the Kip Keino Classic in Nairobi.