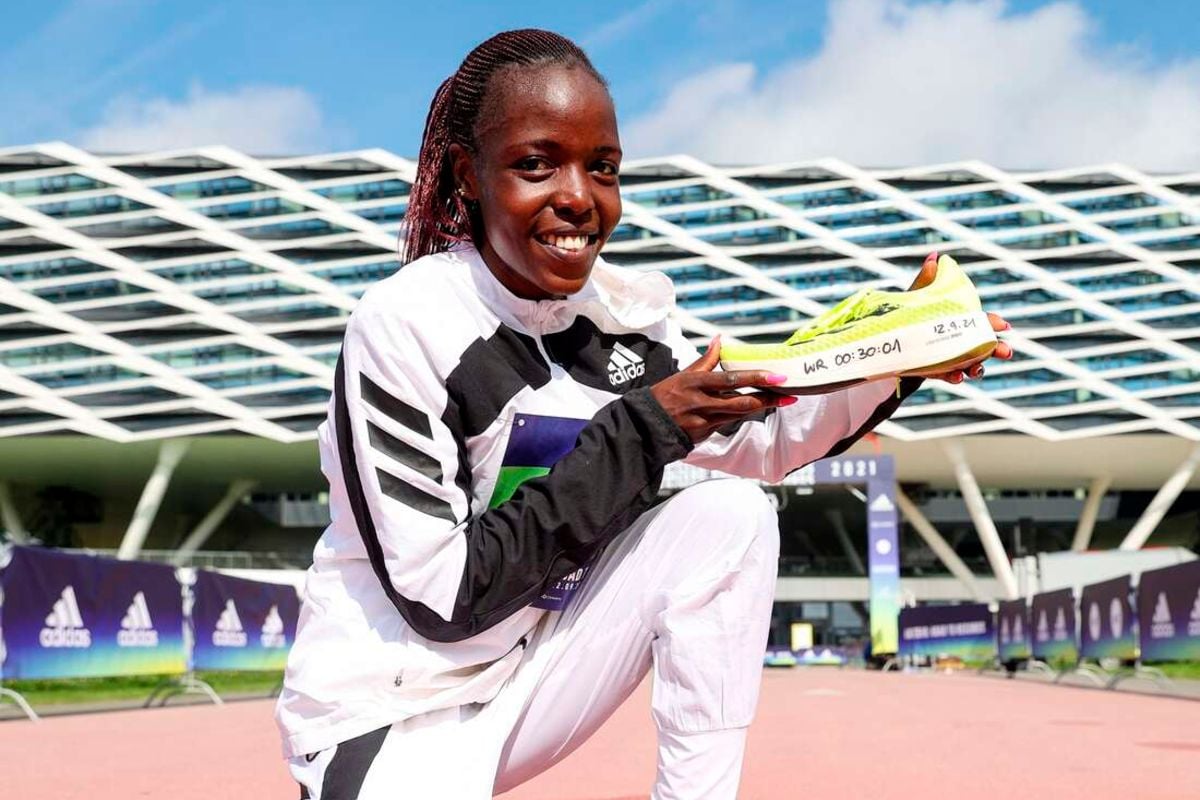 Star athlete, Agnes Tirop, had everything to live for at the tender age of 25 and with a blossoming career ahead.

A killer, however, stabbed Agnes to death in circumstances that police are still investigating.

The body of the long-distance runner, who just two months ago represented Kenya at the Tokyo Olympics, was found in the bedroom of her house in Iten, Elgeyo Marakwet county, on Wednesday.

Her husband and coach, Emmanuel Rotich, is at large. Police say he is the prime suspect.

“Between eight and 9am the following day, the two families were startled when the athlete’s husband called his parents saying he had committed a heinous crime and sought God’s forgiveness.”

The two sought arbitration from family members on several occasions.

The house in which they lived was locked when family members, friends and police officers rushed there following the call from Mr Rotich.

“After breaking into the house, police officers found the body on the floor of the bedroom. It had a stab wound in the neck,” Mr Makori said.

“We have taken an assortment of objects from the house to establish if any was the murder weapon. The house was orderly, an indication that there was no struggle. We are reviewing the CCTV footage in the house to help us unravel the killing.”

The police boss added that Mr Rotich is the prime suspect since he has been missing and also due to the “confession” he reportedly made.

“We call on the public to seek advise whenever they feel disturbed instead of resorting to violence,” he said.

Hundreds of athletes and Iten residents thronged the house, which Agnes and Rotich moved in about a year and a half ago, as the news of the killing spread fast in the rural town.

At one point, police officers used tear gas to stop a crowd from gaining entry to the home.

A relative of Rotich was badly beaten by locals as several vehicles were pelted with stones.

Those who know the couple said the union was rocky. Agnes reportedly sought refuge at her training camp.

Family members wept or talked in low tones. They refused to address journalists.

“No one really knew when they were home. We only heard the opening and closing of the gate. If we want to see Rotich, we only meet him at the gate,” a neighbour who sought anonymity said.

Athletes interviewed said Agnes returned to the house on Monday, having left weeks earlier after a disagreement.

“She had not been to her house since returning from Japan. Agnes said she was being physically abused and fled to the training camp,” a runner, who did not wish to be named said.

“She went back home on Monday following arbitration by family and friends. We never saw Agnes again.”

“He even gave instructions to trainers on which parts of her body should be massaged,” the athlete, who claimed to be close to the couple said.

Mr Boniface Kimutai, another athlete, said the couple was at a church service on Sunday.

“Agnes and her husband have really supported budding athletes. We are shocked and saddened by the sudden turn of events,” he said.

Ms Sussy Jebet, a friend of the couple, said Agnes was jolly and always encouraged them to train hard.

“I am appealing to families to speak out and share their problems to avoid such tragedies,” she said.

President Uhuru Kenyatta was among the many Kenyans who eulogised Agnes.

Agnes represented the country in this year's delayed 2020 Tokyo Olympics in the 5,000-metre race, finishing fourth in the final.

The President mourned Agnes as a hero and champion, saying her death is  “a big blow to the country’s sporting ambitions and profile”.

“It is unsettling, utterly unfortunate and very sad that we have lost a young and promising athlete who, at the age of 25, had brought our country much glory through her exploits on the global stage, including this year’s 2020 Tokyo Olympics where she was part of the Kenyan team,” the President said.

“It is even more painful that Agnes, a hero by all measures, painfully lost her young life through a criminal act perpetuated by selfish and cowardly people.”

Mr Kenyatta directed police to hasten the search and apprehension of the killers.

“I urge our law enforcement agencies...to track down...the criminals responsible for the killing so that they face the full force of the law,” he said.

President Kenyatta, who is on an official visit of the United States, prayed for God’s grace and calm the family, friends, relatives and supporters of Agnes as they come to terms with the shocking death.

“I urge the Iten community to provide any information that can help police speed up investigations into this death. Ms Tirop’s achievements and her legacy will last a lifetime,” Rotich said.