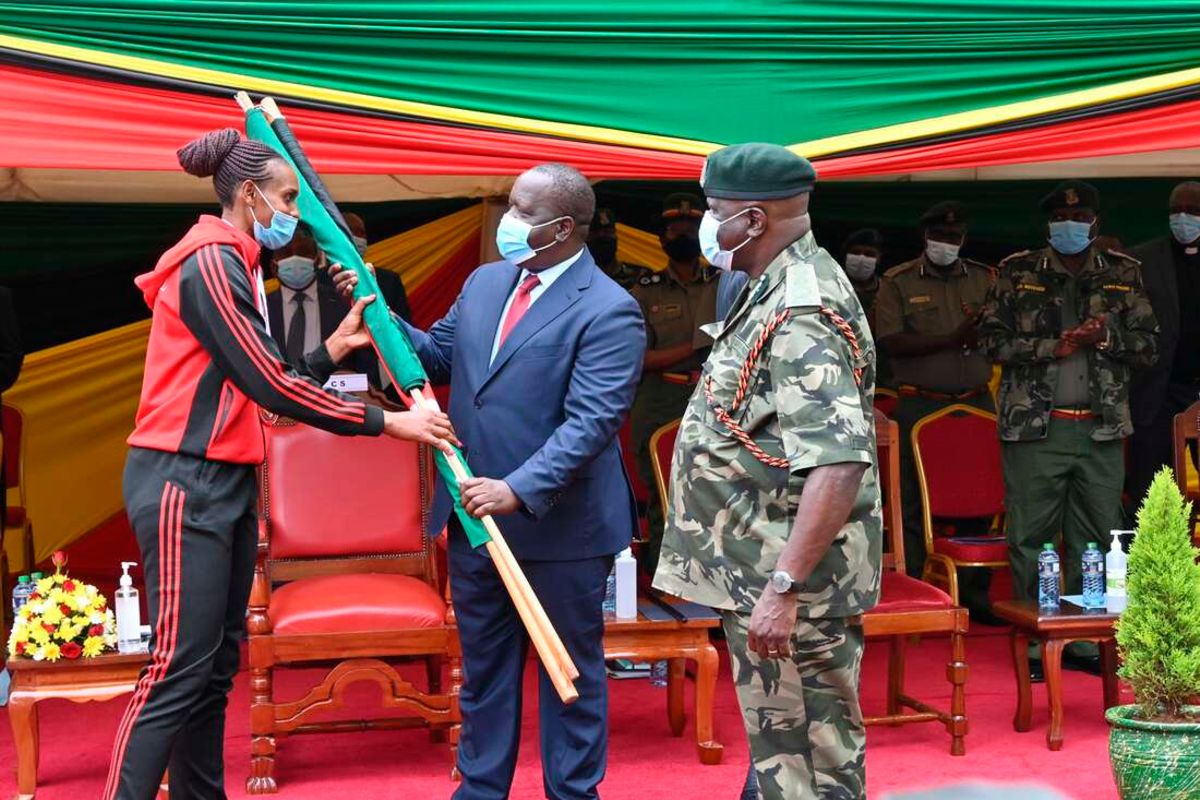 Assistant Commissioner of Prisons Service in charge of sports, Catherine Ndereba, has urged the Ministry of Interior and Coordination of National Government to promote the recently feted women's volleyball team.

Ndereba was speaking Wednesday as the Kenya Prisons women's volleyball team handed over the flag to Interior and Coordination of National Government Cabinet Secretary, Dr Fred Matiang'i at Magereza House

Ndereba said it's through promotion that the players will be motivated to do better going forward.

"Kindly promote these players.They have stayed long at their current ranks and it's only fair if they get promotions," said Ndereba, who was the head of delegation to Tunisia.

Prisons captain Brackcides Agala and Diana Khisa, who were part of the team, are the highly ranked officers in the team.

They are Sergeants, while the remaining players are either Corporals or Constables.

Ndereba a former world record holder and two-time Olympic silver medalist, at the same time appealed for the team to have an indoor training facility at the Kenya Prisons Training College in Ruiru.

She said the results will always be contradicting if the team trains outdoor and participates in the events that are conducted indoors.

CS Matiang'i said they will look into the two matters with urgency.

"We are extremely happy with the performance of the team and we wish them well in the forthcoming events. I will meet with Commissioner General Wycliffe Ogalo to look into the budget set aside and see what we can do as far as the indoor facility is concerned. Hopefully, we will have a ground breaking soon," added Matiang'i.