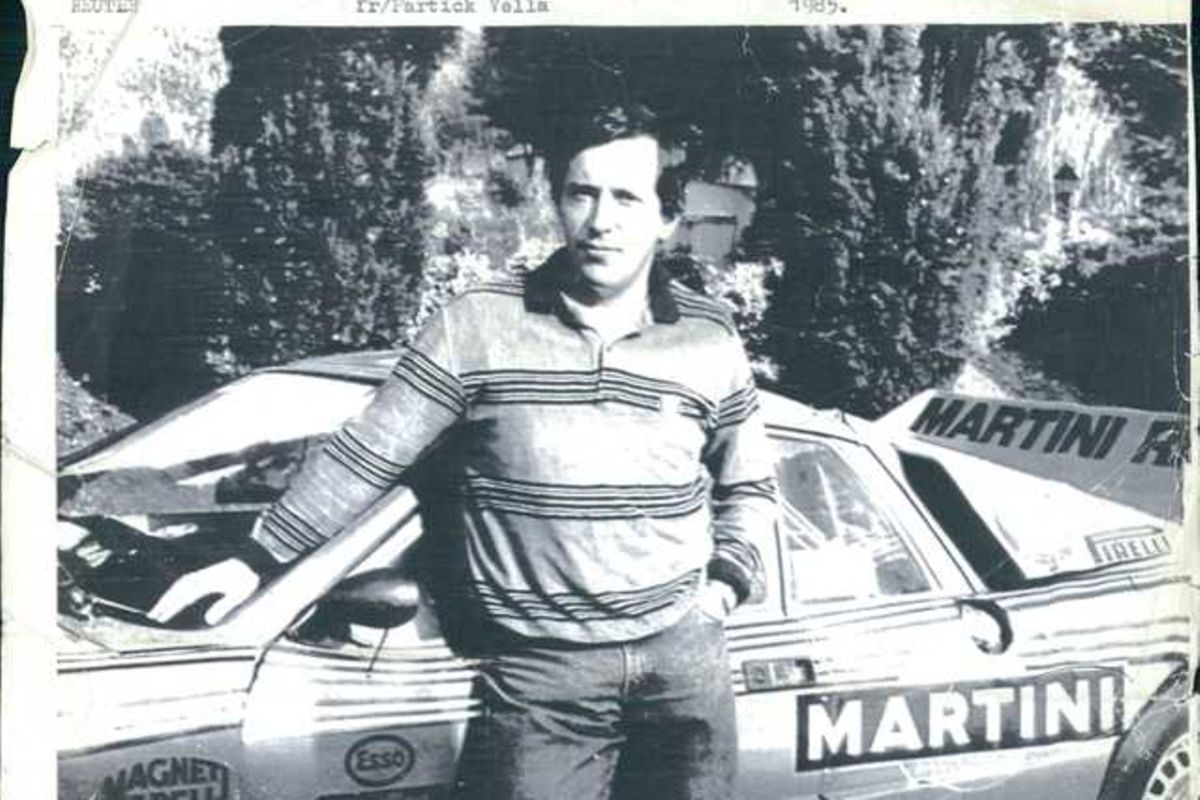 On May 2, 1986, a corner seven kilometres from Corte in Corsica, France, killed Henri Toivonen, his American navigator Sergio Cresto and, in the process, the powerful Group ‘B’ cars.

The Group ‘B’ cars, introduced in 1982 by FIA, were destined to fail. The Group ‘B’ regulations gifted engineers to experiment, and they developed some of the fastest, most powerful, and most sophisticated rally cars ever built by man in what is commonly referred to as the “golden era of rallying.”

A BBC magazine Top Gear calls it the corner that killed Group ‘B.’

“To look it at it out of context, it’s a treacherous left-hander with a drop so vast the sun can’t make its way through the trees to the bottom,” said the British publication,”

“But framed by the Tour de Corse, the “rally of 10,000 corners” (actually closer to 20,000), it’s relatively innocuous. The drop’s not vertical. It’s sweeping, not aggressive. It’s even relatively well surfaced.”

Toivonen, 29, had brought the Hollywood imagery in rallying with his impeccable Finnish accent and was destined to become one of the best drivers of his generation, already commanding a cult-like following worldwide.

He had retired with engine failure on Rally Sweden, missed the Safari Rally leg, and, with no points from Portugal after the race was abandoned following an accident that killed three spectators and injured 30, he was under pressure to deliver in Corsica.

Things were not looking up though. The sump guard that would protect the alloy fuel tank on rough rallies had been removed to save weight in his 550bhp Lancia Delta S4, powered by a 1.8-litre supercharged and turbocharged engine which propelled the little car from zero to 100 kilometres per hour in jaw-dropping 2.7 seconds.

So the story goes, when it left the road, the fuel tank was pierced by the trees and the car burned to its space frame.

Toivonen and Cresto died on the spot in their seats. The Delta body frame was made of fast-burning Kevlar-reinforced plastic composite.

Lancia Delta S4 had succeeded the rear-wheel-drive 037 which became the last two-wheel drive to win the manufacturers’ world title in 1983.

It was utterly competitive by 1985 against the all-wheel-drive S4, Audi Quattro, Ford RS200 and Peugeot 205 Turbo which took centre stage from 1984 with engineers challenging each other to see which manufacturer ruled the roost with evolution models.

Lancia team boss, Cesare Fiorio, later claimed that Toivonen was the only driver in the World Rally Championship (WRC) who could really control the Delta S4 although teammate Markku Alen had mastered the monster by the end of 1986, winning the world title for 10 days before his status was stripped following a successful appeal to the FISA by Peugeot, thus giving the crown to Juha Kankkunen.

It is not known what happened on that fateful day. Toivonen was complaining of having a flu.

Undeterred, he posted 18 out of 22 special stages fastest times.

At the end of the first leg, still leading by far, he told the media: “This rally is insane, even though everything is going well at the moment. If there is trouble, I'm as good as dead.

"Today, we have driven the equivalent of a full Jyskälä. It's hard to keep up with the speed."

A FISA investigation later proved that drivers' reactions were too slow to keep up with Group ‘B’ cars, and drivers' eyes could not adjust their focus between the fast corners, which caused “tunnel vision.”

In Corsica, one year earlier on the same date, Italian rally driver Attilio Bettega was killed when his Lancia 037 swerved off the road and crashed on the fourth timed section of the Tour of Corsica Rally.

Bettega, 32, died on impact when his car dropped 3.5 metres off the siding, rally officials said.

Before that fateful May 2 day one year earlier, the world started experiencing the dangers of Group ‘B’ cars. Ari Vatanen ended up in hospital after his Peugeot 205 Turbo crashed in Argentina.

Shekhar Mehta suffered an irreparable injury in the 1987 Pharaoh Rally after his Peugeot 205 cat-wheeled in Egypt which ended his career.

Before Toivonen’s accident, three people died and 30 were injured when a rally car lost control in a high-speed crash in Portugal.

Besides the cars, crowd control was becoming another real issue where fans would pour into the rally route, unlike today where serious measures of keeping fans at least 90 metres from the route.

In 1981, Audi introduced the four-wheel-drive Quattro which revolutionalised the rally as no two-wheel-drive car was to ever win a WRC event.

FIA introduced Group ‘B’ in 1982 besides including Groups ‘N’, ‘A’, and ‘C’. Groups ‘N’ and ‘A’ required manufacturers to build 5,000 units with strict regulations on the minimum dimensions of the car and required each one to have at least four seats.

Group ‘B’, on the other hand, only required manufacturers to make 200 two-seater units in an effort by the FIA to push purpose-built cars onto the dirt.

By the time of Toivonen’s accident, manufacturers like Audi and Lancia were developing cars capable of reaching 1,000bhp.

FISA had to rethink and come up with stringent safety measures from these Group ‘B’ accidents, and one aspect was tracking cars remotely from rally headquarters.