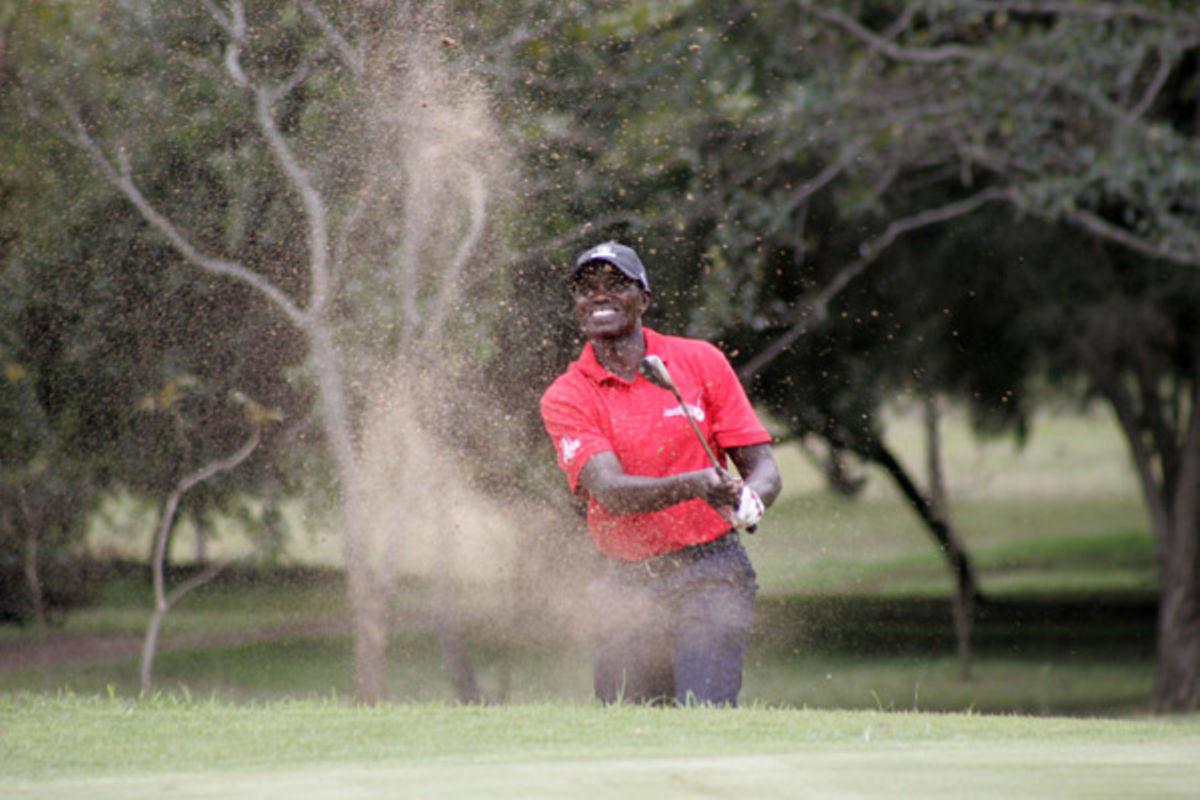 The week-long 2021 Royal Nairobi Golf Club Captain’s prize golf activities which started last Sunday, enters its final stage Friday with the main event which is open to both club members and guests set to conclude on Saturday.

At least a field of over 250 golfers had been listed ready to tackle the par 72 course in what marks the end of club captain Sylvester Odhiambo’s term. Formerly a captain of the Sunset Golfing Society and the century-old Mombasa Golf Club, Odhiambo has managed to bring on board a host of sponsors whose contributions have enabled him to put together all the week-long activities.

Leading the sponsors is Stanbic Bank, Glenfiddich, Rubis Energy, Solvochem, Nupea, Safaricom, and Mayfair Insurance among many others.

“I am truly grateful to all the sponsors who have agreed to support me not just for this week but throughout the year. I would like to also take this opportunity to thank all the club members led by the chairman for the tremendous support they gave me as their captain,’’ said Odhiambo.

This was followed by the Caddies competition on Monday, while the local pros and a few others who were invited by the captain, played their 18- hole event on Wednesday. This paved the way for the club’s seniors whose event was held on Thursday.

For the main event on Friday and Saturday which will be played in the medal format, those drawn include some of the club’s leading amateurs such as Joseah Kogo, Maurice Njue, Paul Ichangi, Stanley Kirui and Robert Nyanchoga among others.

Leading the hunt from the ladies side will be players like Rebecca Likami, Rechel Chebukati, and Caroline Kadikinyi. Because of the big field, both rounds will tee off from 6.30am.

At the nine-hole Kiambu Golf Club, a Toyota Fielder car and a trip to Dubai courtesy of Kenya Airways, will be at stake during the Chairman’s Prize (Davies Mukuria) on Friday and Saturday. The car will be a special prize for any player firing in one at the par three-17th hole.

At least 140 players are expected to be in action in the three-day event which started with Wednesday’s curtain-raiser. Mukuria said the event will highlight the achievements of the current board, which include the solar panel placements, the new range sports bar and a well-maintained course.

Supporting the event which follows the Lady Captain’s tournament held four weeks ago where the club chairman Mukuria emerged the winner with 43 points, will be Kenya Airways, Total Energies, Heritage Insurance, Quickmart and Friends of the Chairman.

At Muthaiga Golf Club, Club Captain Dr Khushil Nathwani who says he has had an incredible year, will be hosting a field of 250 players in his Captain’s Prize being played on Friday and Saturday.

The event which follows last weekend’s Lady Captain’s Prize, is being sponsored by Absa and Coca Cola among others. Nathwani says he has had an incredible year and accomplished a lot despite the Covid–19 pandemic which caused a partial lockdown for over two months earlier this year.

Some of his achievements including winning the historical Nairobi District Foursomes which attracted a record 33 teams and where for the first time in the history of the event, the two Muthaiga teams met in the final with Bo Ciera and Daniel Kiragu emerging the winners and the captain himself Nathwani and partner Neer Chandaria. Muthaiga also won the 97th edition of the Tannahill Shield with 48 points.

“I am excited that Muthaiga Golf Club will make its European Tour Debut for the return of the Magical Kenya Open in March 2022. This has been no easy task to secure, and our Chairman can attest to this. However, we have finally managed to secure hosting this prestigious tournament with all its top players and the worldwide coverage it comes with to the Home Of Golf.

"I have formed a sub-committee that will oversee all the planning and preparations for the tournament, while in October this year Muthaiga launched the Junior Simba League,’’ said Nathwani who added that Muthaiga feels honoured for being chosen to host the Uskids Golf partnership launch.

Away at the Mountain region, the 2021 Mt Kenya Ladies Open golf circuit starts Friday at the high altitude Nyahururu Sports Club course before moving to Nyeri on Sunday for the second leg of the circuit.

At Nyeri, a field of 56 ladies led by Kenya Ladies Golf Union (KLGU) chairlady was drawn to tackle the hilly golf course. This will be followed by the third leg at Nanyuki Sports Club course where 62 players were drawn. Post entries are however being accepted from 7.30am.