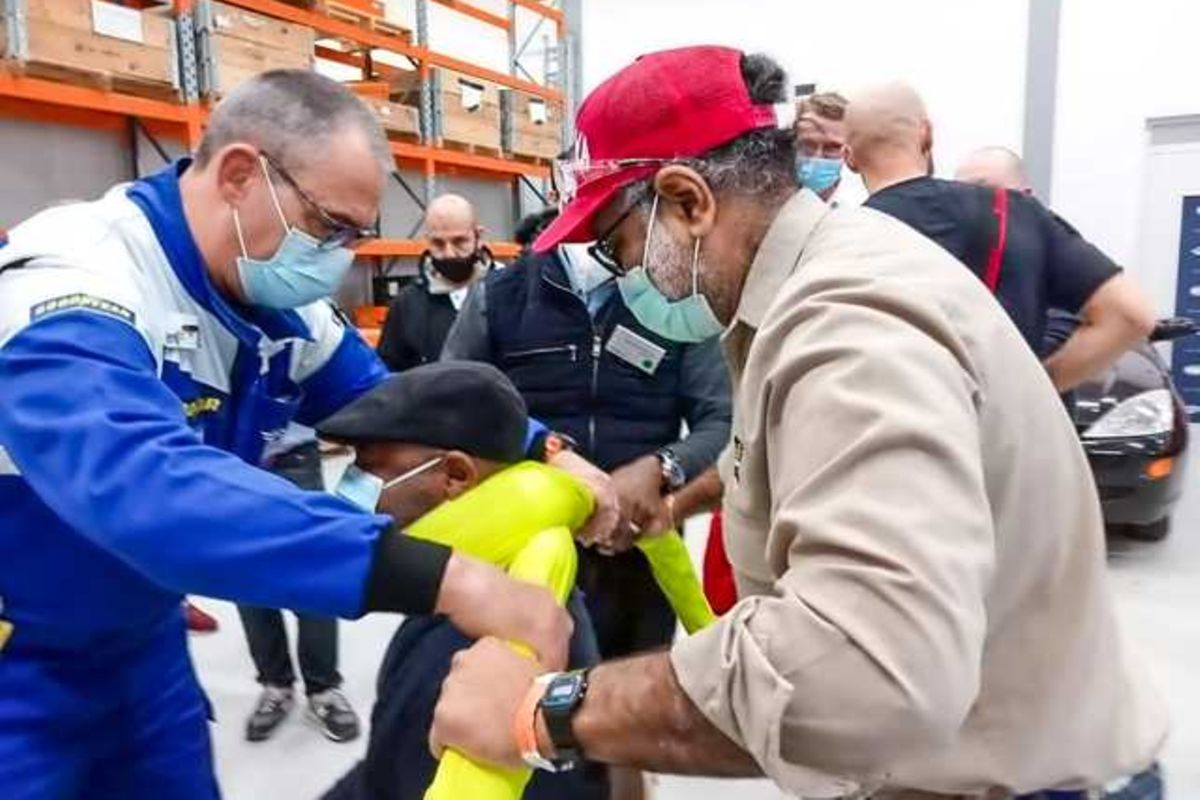 A technological revolution was heading to the stratosphere in the period the Safari Rally was out of the World Rally Championship (WRC) from 2003 to 2020.

The International Automobile Federation (FIA) kicked the Safari out of the WRC for failing to remit annual affiliation fee arrears.

But in essence, the federation and competitors had expressed their fears on safety.

The Safari Rally was still being held in open roads, there was a population explosion and increased motor vehicle numbers, including boda bodas, even in remote areas of the Rift Valley.

The Group ‘A’, and later World Rally Cars, are now becoming faster, especially after the FIA allowed manufacturers to increase power out of current WRC cars engines to 380 brake horse power.

The cars are quick, slowly moving to the under-three-seconds 0-100 kilometres per hour acceleration bracket.

The FIA also demanded modification on the roll cage measuring 40 feet of tubular steel welded in all directions within a space of 4x5 feet, smaller than an average bed, making entering a car an exercise of light, small-bodied people.

And as the Kenyan team in this year’s e-rescue seminar in the Netherlands noted, the current roll cage is so squeezed that it offers very limited aperture of 2x2 feet to remove an accident victim, effectively calling for one to use common sense and care while at work.

It has been proven that the modern WRC car is built like a tank, as witnessed in 2020 when former world champion Ott Tanak survived an 189kph accident in Monte Carlo after the car left the road and exited a right-left kink before dropping down a ditch.

He and navigator Martin Jarveoja came out of the wreck unhurt.

Safari was still rooted in ancient timing and communication technology like the two-way radio when the world was embracing the internet in virtually every aspect of life as noted in 2001.

Then, timing had gone virtual and images were being supplied to the world media in real-time from the Service Park, and the rally progression was monitored by a new system from Inmarsat, the 2002 title sponsor.

Wearing protective gear was unheard of. Provided that the car had a roll cage and fire extinguisher, all was ok.

Rally drivers were like people on a road trip, casually dressed in t-shirts, shorts and baseball caps, only advised to wear waist harness belts to protect the kidney.

This is a bygone era.

The FIA came up with a dress code of fire proof overalls, racing boots, gloves, balaclava and helmet, all manufactured by licensed manufacturers and certified by the FIA.

Please also note that they have a shelf life.

Today, as exhibited during the FIA rescue meeting in the Netherlands last week, the helmet has undergone many modifications including a detachable neck brace and intercom mouthpiece speaker, easily removed by rescuers’ in case of an accident. The whole attire ranges around Sh200,000.

Whereas the Safari Rally medical team reached accident victim Hans Schuller in 1985 after two hours, and without rescue equipment or personnel, today assistance is never more than 15 to 30 minutes away, courtesy of a new tracking system linked via satellite and the internet.

He escaped unhurt but Dawe was seriously injured. Chief Medical Officer Dr Raj Jutley and his team swung into action immediately the red light flashed on the giant wall monitor and computers at Sopa Lodge.

“I immediately knew there was an accident and the whole team subconsciously activated the drill by first alerting the stand-by medical helicopter which was at the scene within 15 minutes,” Jutley told the participants.

What is this RED button? Every rally car is fitted with two panic buttons, the RED alerting the medical and rescue team of an accident; the GREEN denoting stoppage caused by mechanical problems or hazards.

This aspect is part of a timing and tracking app and system offered by selected suppliers, and in the Kenyan case, an e-tech company from Bulgaria.

The crew are required to press green if they stop for any reason like a mechanical problem or hazards like weather induced bad road or blocked route failure to which they are prone to a hefty cash fine.

They are able to reach the competitors via mobile phone to determine any intervention measures like a crash blocking the rally route.

In the Safari of the past, a driver could avoid the road and cut corners to gain valuable seconds of the competition. It was difficult to police remote places.

But thanks to this system, any illegal activity is noted from HQ. As a way of creating a level playing field, route designers now use GPS co-ordinates to map the entire route. The drivers must never go beyond 30 feet on both sides of the road.

When the RED is received at HQ, a team of as many as 12 monitor all aspects of the rally and sets into motion all emergency operation teams, namely medical, safety and management.

Assessment of the situation may make the Clerk-of-Course stop a rally or cancel a section. This information is immediately relayed to the Technical Intervention Vehicle (TIV).

The system offers competitors’ time clocked in real time and made available to everybody with access to the official rally website.

This system has eliminated cheating which was rampant in the old days of hand timing.

The second aspect of tracking is giving average speeds of each competitor in each and every section which offers them data to work on to make progress in repeat rounds.

As noted in the Netherlands, the workhorse of any rally is the safety department.

Today, the WRC Safari has, within two years, equipped this department with the latest rescue and extrication equipment from Halmatro, the FIA official supplier of such hardware.

They include giant but light cutters capable of cutting through metal the way a pair of scissors shear a piece of paper.

This technology was only available to the Nairobi County fire department until 2017 when the Kenya Motor Sport Federation, through funding from the FIA, made it available to its technical officials.

In the 2019 Safari WRC Candidate Rally, the FIA sent technical officials to teach Kenyans how to cut a car into pieces and rescue accident victims without affecting sensitive parts like electric wiring and fuel systems.

The Kenyan officials can now work in any accident situation.

Rallying may have caused many accidents, but the sport remains one of the safest in the world as the FIA continues to explore the limits to create a safe environment and better cars.