Women in motorsport the next big thing in Kenyan scene 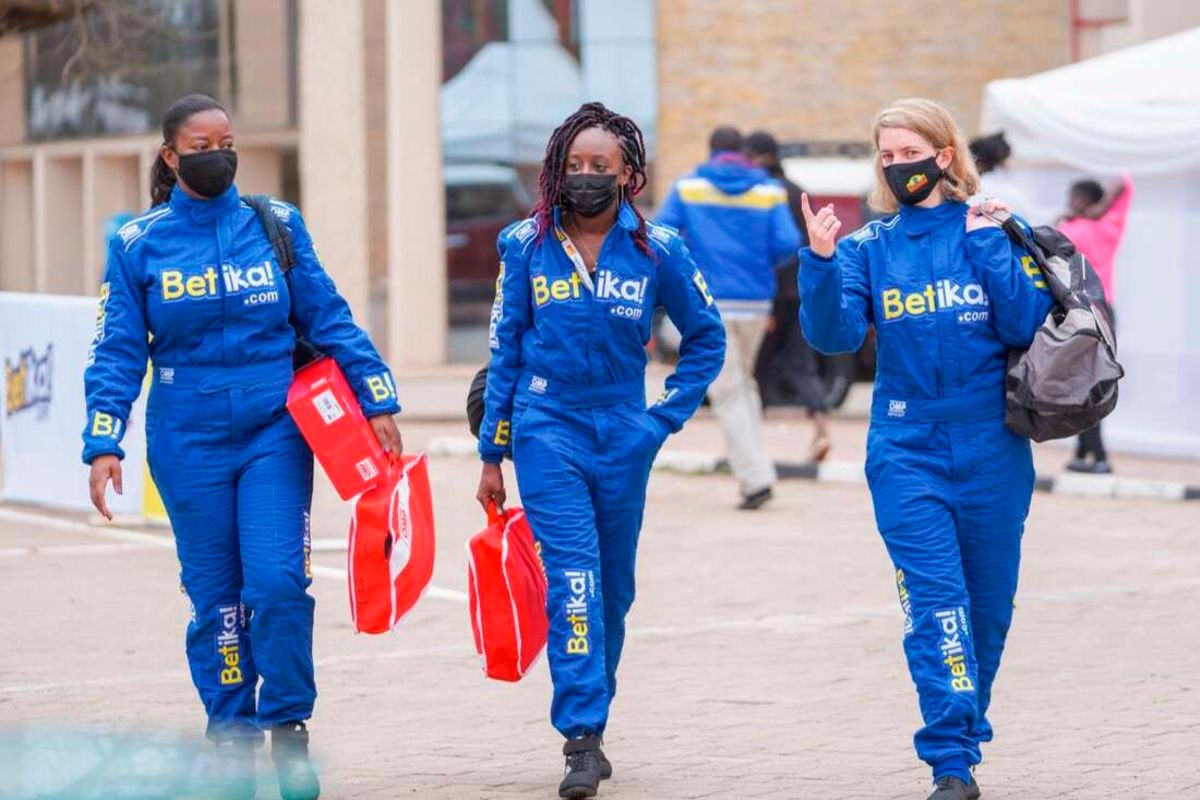 It appears the rallying bug is spreading like wildfire in all levels of the sport as we close a very exciting season highlighted by the return of the Safari Rally back to the high-profile World Rally Championship (WRC) this year.

The Kenya national championships in rallying, autocross and raid have attracted young and upcoming drivers, each category catering for the well-to-do but more so budget drivers who do not need top of the range rally cars to compete.

The buggies and standard modified road going cars have populated the autocross and raid scenes, with events being held every other weekend, attracting many drivers, some of them not old enough to own a driving license on open roads.

The next big thing happening is women in motorsport. Women have traditionally been involved in motorsport as spouses of competitors and friends watching from a distance, until a group of ladies like Hellen Shiri, Stella Macharia, Safina Khan, Tuta Mionki and Linet Ayuko started an informal group which gradually grew into a fully-fledged movement in the second decade of this century.

Now there are efforts to bring a sense of purpose by a well-heeled group calling itself the “Young Lionesses” borrowed from senior members of the Lions Club.

Great stars of the past

They have planned a series of activities, well-structured to see women not only compete in motorsport events in large numbers, but are also well supported to produce results in various sphere of the sport.

They cite great stars of the past like Anne Teith, Sylvia King, the late Orie Rogo Manduli, Carol Wahome and Michelle Van Tongren, to mention just a few who held their own in a male-dominated field. Teith remains the most successful woman driver in Kenya motorsport, winning the 1984 national drivers’ title driving a Group ‘B’ Opel Ascona.

Tongren, together with Khan, were a dominant force in the 90s in a Subaru Impreza Group ‘A’ car.

Recently, young Maxine Wahome has become so visible that she has from autocross became a common feature in the top 10, finishing the Safari, notching seventh twice and recently finished a career fifth in the Rallye Sports Club Thika Rally.

The “Young Lionesses” will soon go into a recruitment campaign by revamping the Women in Motorsport group of which Shiri is expected to play a very crucial role.

She is the only technical woman working within the Women in Motorsport Commission of the FIA while Sports Cabinet Secretary Amina Mohamed is a member of the powerful FIA Word Motorsport Council.

Ripple effects of the Safari

DNation bodytext: In essence, Shiri’s presence at the FIA and sport is another added advantage for women who are also car owners as they continue to scale great heights in business and the corporate world.

Of particular gratification is the way motorsport is being governed and the ripple effects of the Safari in the WRC which has led to the return of corporate sponsors back to the sport which enjoyed unparalleled commercial support in the 90s.

The Safari, with a presence in the WRC until 2025, is also on a mission to create home grown stars and technical officials.

Since the government allowed more international engagements later this year by relaxing foreign travel regulations occasioned by Covid-19 pandemic, motorsport and athletics appear to have benefitted a lot.

Kenyan officials have attended WRC events in Greece, Finland and Spain. Another team actually officiated in Zambia and South Africa rounds of the Africa Championship as stewards appointed by the FIA.

Four others — doctors Raj Jutley, David Karuri, safety experts Norris Ongalo and Dash Patel — attended a practical seminar, working side by side with the best in medical and rescue operations within the FIA family in the Netherlands in readiness for the new Hybrid WRC car era. They were the only ones from the African continent.