Zidane: Hazard apologised to me, the players and club 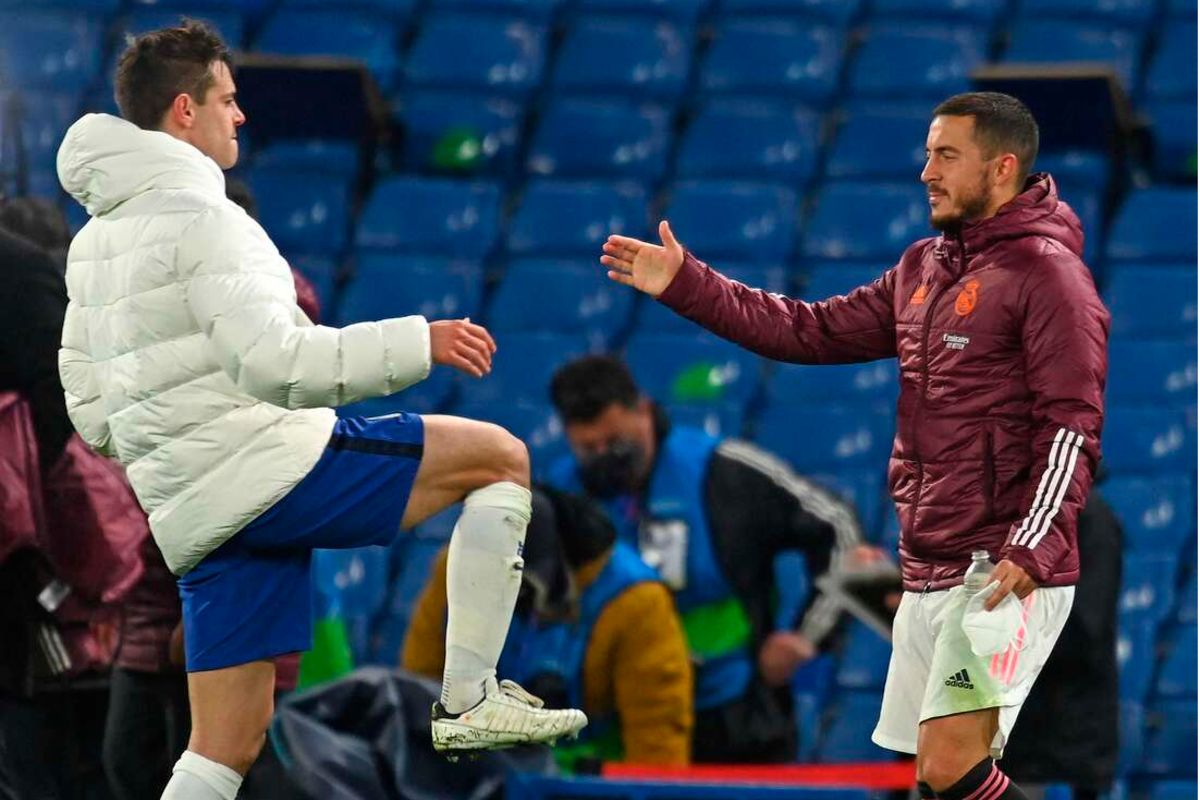 Zinedine Zidane said on Saturday Eden Hazard had apologised to him, the players and the club for laughing with Chelsea players after Real Madrid's Champions League exit earlier this week.

Hazard joked with Chelsea's Kurt Zouma and Edouard Mendy after the full-time whistle on Wednesday at Stamford Bridge, where Madrid had lost 2-0, and 3-1 on aggregate, to go out in the semi-finals.

It prompted an angry reaction from sections of the media in Spain, with Madrid newspaper Marca claiming Hazard's "popularity is now at rock bottom".

The Belgium attacker issued a public apology to Madrid fans on Thursday and Zidane said in a press conference that Hazard also said sorry to his teammates.

"Eden has apologised and he did it well, it was not his intention to hurt anyone, that is the most important thing," Zidane said on Saturday, ahead of Real Madrid's crucial La Liga game against Sevilla on Sunday.

"He knows what he has to do on the pitch and he's going to do it. We spoke the other day, after the match, but to say that. He was apologising for his reaction - to me, to the club, to the players - and that's it."

Hazard has endured an injury-ravaged two years in Spain since joining from Chelsea in 2019.

Zidane would not address speculation that Madrid will listen to offers for him this summer but disagreed the 30-year-old is not committed to the club.

"All the players have their hearts in the club but for now it hasn't been possible to see the Eden Hazard we want to see," Zidane said.

"But I believe he is going to get there. It's a difficult moment with everything that's happened but he has a contract and what he wants is to succeed here."

Sergio Ramos' future is also uncertain, with another injury ruling the defender out of the game against Sevilla and raising the possibility he has played his last game for Madrid.

Ramos, whose contract expires this summer, has sustained a hamstring injury after making his first appearance in just over a month against Chelsea.

"It wasn't hasty, the other day he played because he was 100 per cent," said Zidane.

"He trained perfectly but after the 90 minutes, he felt something. He is gutted because he can't be with the team for this final stretch of the season."

Real Madrid are two points behind Atletico Madrid in La Liga and level on points with Barcelona, with four games left to play. Barca host Atletico at Camp Nou later on Saturday.