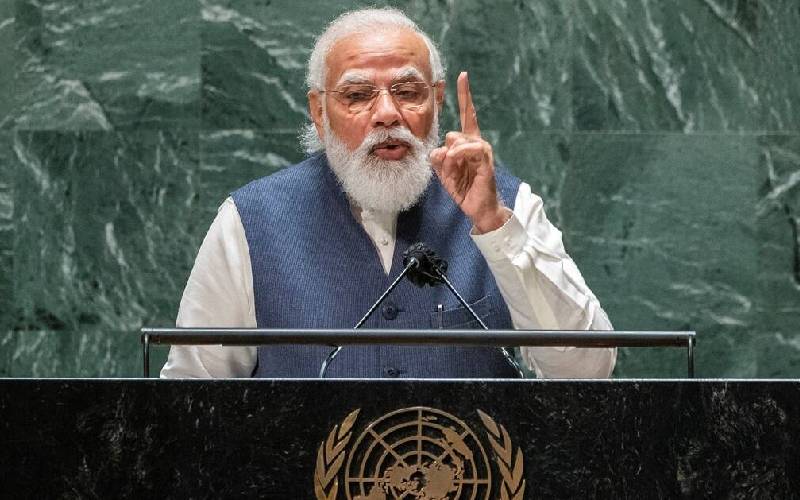 Prime Minister Narendra Modi on Saturday said that science and technology-based innovations in India can greatly help the world and the scale and cost of the country's technology solutions is unmatched.

He said when India grows, the world grows and when the country reforms, the world transforms.

"Today every sixth person of the world is Indian. When Indians progress, then it also accelerates the development of the world. When India grows, the world grows; when India reforms, the world transforms. Science and technology-based innovations in India can help the world to a great extent. The scale and cost of the country's technology solutions is unmatched," PM Modi said while addressing the 76th session of the UNGA.

He said more than 350 crore transactions are taking place through UPI every month.

PM Modi invited the global manufacturers of COVID-19 vaccines to come and make vaccines in India, stressing that the country's "faith is to serve people".

"Understanding its responsibility towards humanity, India started giving vaccines to the needy in the world. I invite the global manufacturers of vaccines to come and make the vaccine in India," he said.

The Prime Minister also said that India has developed the first DNA vaccine, which can be given to people older than 12 years. He stressed that despite having limited resources, "India is working aggressively towards vaccine development and manufacturing".

During his US visit, the Prime Minister held bilateral meetings with President Joe Biden and Vice President Kamala Harris in Washington. He also met his Australian and Japanese counterparts Scott Morrison and Yoshihide Suga.

PM Modi also participated in the first in-person Quad Summit. Apart from this, he also held meetings with five global CEOs for potential investments in India.

US issues 'Do Not Travel' COVID-19 warning for Germany, Denmark

US Embassy warns of possible terror attack in Ethiopia

For 85 minutes, Kamala Harris was US President