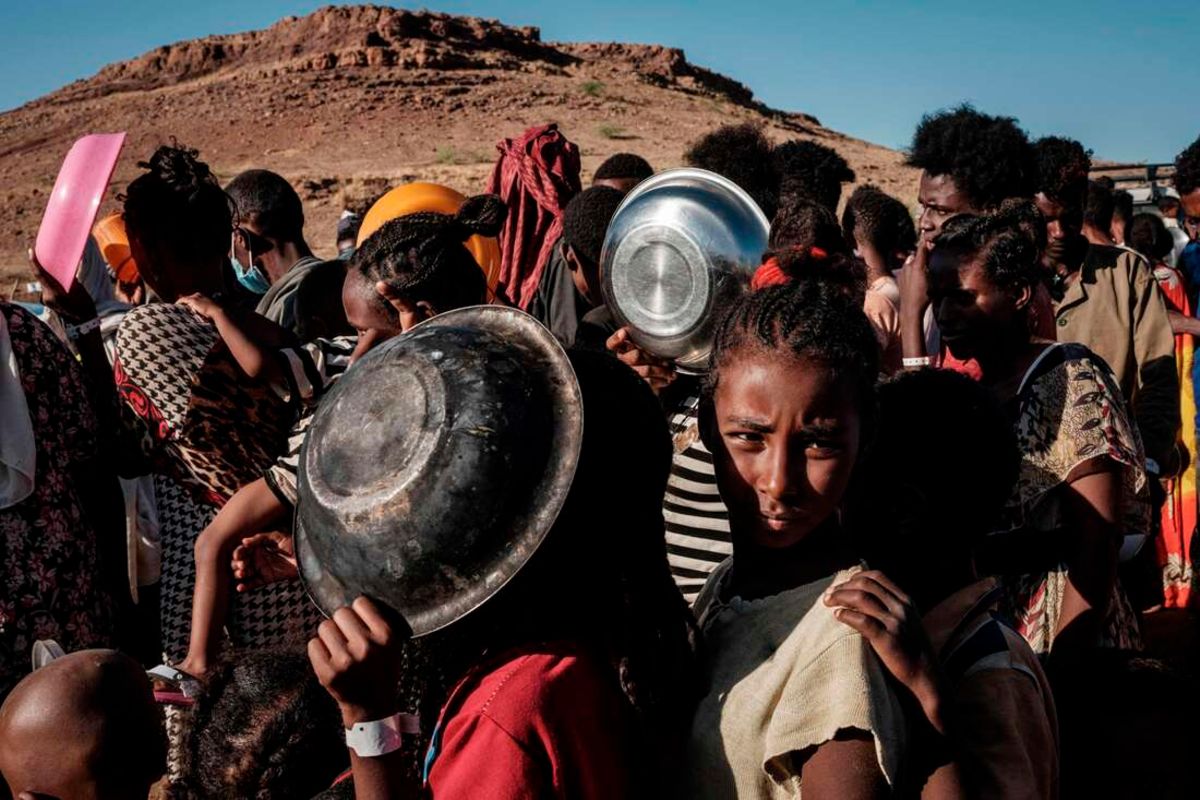 The United States, the European Union, France, Germany and the United Kingdom have called on all parties to the Tigray conflict to immediately engage in negotiations to end the bloody civil war in north Ethiopia.

The call was made after US Secretary of State Antony Blinken on Wednesday held a high level meeting with African Union High Representatives, senior US, European and African officials over the nearly one-year long conflict in Tigray region.

Prior to the high level meeting, Mr Blinken met Mr Obasanjo and discussed on same topic.

The high level meeting welcomed the close coordination between the African Union and Igad in pursuit of a peaceful resolution of the crisis in the horn of Africa's nation.

The top officials called on all conflicting parties to immediately cease hostilities and commit to an immediate and negotiated ceasefire, so as to end the violence and to restore stability.

"The United States, the European Union, France, Germany, and the United Kingdom urged the parties to immediately end abuses and enter into negotiations toward a ceasefire to lay the foundation for a broader and inclusive dialogue to restore peace in Ethiopia and preserve the unity of the Ethiopian state," said Mr Price.

They further urged the parties to strictly adhere to international law and allow unhindered delivery of humanitarian assistance to all who are suffering in Ethiopia.

TPLF on Monday said that the Ethiopian National Defence Force (ENDF) had launched a final ground and aerial offensive against them.

"Abiy Ahmed's so-called 'final offensive' is in full swing now. Our forces are holding their ground and more in Wegeltena, Geregera, Wurgessa and Haro fronts.

"On the morning of October 11, the Ethiopian military with the support of Amhara special forces launched coordinated offensives on all fronts," TPLF said.

According to the statement the large scale offensive is backed by heavy weapons, tanks, rockets, drones and fighter jets.

TPLF's main spokesman Getachew Reda claimed that their forces have killed thousands of government and allied regional soldiers, a claim yet to be verified.

"The ground attack in Abiy Ahmed’s ‘final offensive’ is in its second day.  Thousands have already perished in the latest round of reckless campaign.  Our forces are holding their ground and more.  The latest adventure can only help deepen Abiy's losses," Getachew said.

Earlier Wednesday, Getachew tweeted that "On the 3rd day of Abiy’s so-called Final Offensive, our forces have successfully pushed back the enemy and captured most of the commanding heights in all fronts.  We will go as far as it takes to break the siege on the children and women of Tigray."

Meanwhile, former Ethiopian ambassador to the United Nations and current TPLF spokesman Fesseha Asgdom said that they are ready to sit on a table with PM Abiy's government to find a peaceful resolution to the conflict.

"This is a war that must end on a round table. We are ready for negotiations," Fesseha told the BBC.

But he said the federal government has repeatedly rejected requests for negotiations.

"We are committed to end this heinous war that is destroying our country; as who will mediate us is a secondary issue for us," the spokesman added.

"This kind of war should not continue for a single day in Ethiopia."

He stressed that the international community must take concrete action beyond verbally condemning the war and calling for negotiations.

According to the UN, the humanitarian situation in Tigray is dire, with more than five million people, or 90 per cent of the population, in need of emergency humanitarian assistance.

Since the Tigray conflict broke out last November, tens of thousands of people have been killed and millions displaced.

Last week, the European Parliament adopted a resolution demanding for the imposition of new sanctions against the warring factions in Tigray.

The parliament called for a range of sanctions including arms embargo should parties to the conflict fail to cease hostilities and allow unfettered humanitarian assistance to Tigray.